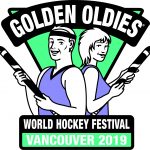 The Golden Oldies Hockey Festival is coming to Vancouver from September 15-22, 2019! Established in 1979, the Golden Oldies Sporting movement has a strong relationship with mature age sports enthusiasts.

The first Golden Oldies World Hockey Festival took place in Auckland, New Zealand in 1983. Since then the Festival has taken Golden Oldies Hockey players to Canada, Australia, Fiji, Scotland, Ireland, South Africa, South America, Holland, Hong Kong, Germany and USA. This event, which takes place every two years in various locations around the world, is open to men and women over the age of 35 regardless of athletic ability. The Golden Oldies Festival is designed for both the social and competitive player with a true emphasis on friendship on and off the field.

Don’t miss out on the opportunity to participate in this exciting International event! To learn more about the Golden Oldies Vancouver Hockey Festival, click here.