Roles & Responsibilities:
John is responsible for the development of Athletes and Coaches within the FHBC Athlete Development and Performance Program, and for the delivery oversight of the National Coach Certification Program (NCCP).

Coaching Experience:
John began his coaching experience with the Falcons Field Hockey Club while still a junior himself.

After retiring from playing on the Canadian Men’s National Team after 12 years, John immediately transitioned to coaching. John has coached a variety of teams including three generations of players, preparing them to transition into the Senior Team as the U21 National Team Coach, as well as multiple BC Senior and Junior Men’s and Women’s teams. He also expanded into such roles as National Team Assistant Coach, and Interim Men’s National Coach. He has been involved in international events such as 4 Pam Am Games, 2 World Cups Qualifiers, Commonwealth Games, One World Cup and 3 Jr World Cup Qualifiers.

After a turn as the lead of Field Hockey Canada’s and Own the Podium, Integrated Sports Team for both the Men’s and Women’s National Teams, John returned to coaching the Surrey Sharks and Meralomas Women’s Premier teams, as well as the Surrey Lions Under 18 Boys Team. In addition, he recently coached the Canadian Men’s Over 50 Team at the World Cup Masters in Barcelona.

Fun Facts:
John has 3 Pan Am Gold Medals, two as a player and one as a coach.  John recently left UBC after 30 years having multiple portfolios from overseeing the Technical Services Engineering Department, to establishing the University’s first Wellness Center to recently overseeing the “New Buildings Transition Team” handover program. In addition to being an avid golfer, John enjoys snowshoeing and traveling.

In His Own Words:
“Over the many years of working with many athletes and coaches it is a real pleasure in watching them develop both on and off the pitch moving forward on to their various playing and coaching careers.”

Coaching Experience:
While playing on the Canadian National Team, Krista decided to give back to the community and pursue a career in coaching. She completed her Masters of Education in Coaching Studies program at the University of Victoria and then completed her NCCP Level 4 at the National Coaching Institute. Over the past 20 years, Krista has spent time coaching athletes at the middle school, high school, regional, provincial, university, national and international levels.

Fun Facts:
Krista started playing field hockey at age 12 for her Junior High School team. She continued her playing career through high school and then the University of New Brunswick before joining the National Program.

In Her Own Words:
“One of the highlights of my career was playing in a Four Nations Tournament in Vancouver against England, Japan, and USA.” 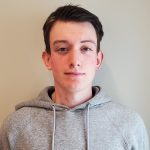 Daniel has been playing field hockey since he was 10 and became a goalkeeper at 13. He played for Team BC at the U16, U18 and U23 levels – winning Nationals and securing a place at the Tournament XI in 2019 – and is also part of Field Hockey Canada’s Junior Development Squad. Daniel started coaching for Field Hockey BC in 2017, working with the Team BC U16 boys as an Assistant Coach. He remains active at club level with West Vancouver Field Hockey Club, running goalkeeping clinics and coaching adult programs. 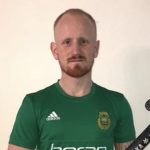 David started playing field hockey at school, when he was 12 years old, in Dublin, Ireland. From there, he joined his local club, Glenanne Hockey Club, and went on to win a number of leagues, cups and all Ireland trophies, playing for his provincial team, Leinster, both U21’s and Senior – winning on the U21’s. He also played on the Euro Hockey League (EHL) on a number of occasions.

Keogh has been a coach for 14 years, coaching a number of college teams, senior women’s and Provincials at different ages. He have also been part of the Ireland U21 National team and went on tour with them.

“My main sport when I was a kid was football, or ‘Soccer’ as it’s known here, but when I started playing hockey I instantly fell in love with the sport and the people involved.”

Fun Facts: David played against Rob Short when he was on the EHL He also played with Stephen Butler (Owner of Osaka) and Graham Shaw (New Zealand women’s head coach). 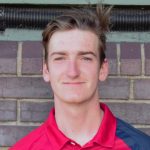 Jeremie brings experience as an athlete, umpire and coach. He has been coaching in both field hockey and cross country skiing for over 5 years. He has coached field hockey locally through his home club of West Vancouver Field Hockey (WVFHC), as well as overseas. He has coached in club and camp programs through WVFHC, and coached school U7-U14, club U6-U16 and county performance hockey for U16 in the UK.

With his FIH coaching certification, and continued training in the NCCP Competition Development Certification, he continues to advance his training alongside studies in Human Kinetics with Capilano University.

As an athlete, Jeremie has played overseas in the England Hockey – Conference East with Cambridge City Hockey Club, Locally he plays with West Vancouver Field Hockey Club. He has been a member of Team BC Provincial programs for many years including membership of provincial teams competing at National Championships in the U23 category.

Fun Facts: Jeremie started playing Field Hockey at the age of 6 and is bi-lingual in both English and French. 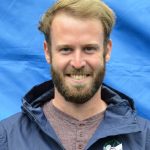 Coaching Experience:
Kent has been coaching for more than 8 years – 5 years with the Tri-city eagles field hockey club, and the last three years with Field Hockey BC and the Academy. More recently, he got involved with WVFHC in their Spring League and High Performance programs, as well as playing on their Prem and Div 1 teams.

In the 2018-19 season, Kent was the assistant coach in the T2T Boys Regional Program and was fortunate enough to Head-Coach the U15 Boys Rams team in the Nationals in Calgary. “Moving forward, I’d like to get more involved, complete some coaching certification and contribute more to the game and players that I have been lucky to coach and bring through the system.”

Fun Facts: I played field hockey all through school and club leagues in South Africa, where I was involved in the provincial system and coached by some of the best coaches in the country. In 2006, I won the South African U16 Road Cycling Championship and went on to live in Holland for three months, racing road bicycles. 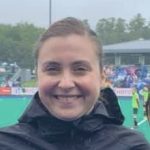 Coaching Experience:
Lelia has been in field hockey for over 25 years. Participating on numerous high performance and BC teams as a player, Lelia was also a member of the 2005 Junior World Cup Squad and Senior National Team Member and also competed at Syracuse and University of Maine.

Lelia has coached BC teams of various ages having won numerous championships at the regional and National level. She is currently an FIH International Elite Umpire who recently returned from England having spent the last 7 years umpiring in the English Women’s Premier League and was named 2019 Women’s Premier Umpire of the Year.

Fun Facts: When Lelia is away from the hockey scene she is an English teacher. 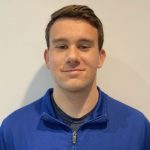 Coaching Experience:
Mike has been coaching field hockey for 4 years. He is currently playing with the Men’s West Vancouver FHC Millionaires Premier team. Mike has experience playing overseas with teams in the Scottish, English and French National Leagues. He has also been a player in the Team BC Provincial programs for many years.

Mike’s coaching experience started 4 years ago while playing in Europe, since then his love for coaching has developed. Mike is actively coaching with the youth programs at West Vancouver FHC and multiple age groups from U13-U18 at Sea-to-Sky FHC. He also helped coach the NVSD Academy return-to-play camp in summer 2020. Mike has completed his FIH Level 2 Coaching Certification and he is working towards his NCCP Competition Development Certification.

Fun Facts: Mike started playing field hockey at the age of 6. He is currently a student at the University of Athabasca studying a Bachelor of Art in French.