The Field Hockey BC Foundation is now accepting applications for a number of bursaries which provide financial support for athletes, coaches and officials. Visit the FHBC Foundation website for a full list of bursaries offered through the Foundation, as well as their eligibility requirements and application windows.

The following bursaries are currently open with an application deadline of March 27, 2019:

Registration is now open for the Interior Girls Regional Program Trials! All U15 and U18 female athletes with some field hockey experience residing in and around Kelowna/Interior BC are encouraged to register for the trial. Visit the Online Registration Page to secure your spot!

Trial registration will be open until 12 pm on Wednesday, January 9th. The cost of the trial is $10 per athlete. The trial will take place on Sunday, January 13th from 11:45 am – 2:15 pm at Kelowna CNC. Selections will be announced the following Wednesday.

The Interior Regional Program is a 20 hour program which will run from January to April. Program cost is typically $400-500 per athlete. Selected players can expect 1-2 training sessions per week with highly trained coaches, and the opportunity to play in the FHBC Regional Tournament in the spring, which is the selection point for Team BC. For more information on eligibility, registration and selection process, click here. 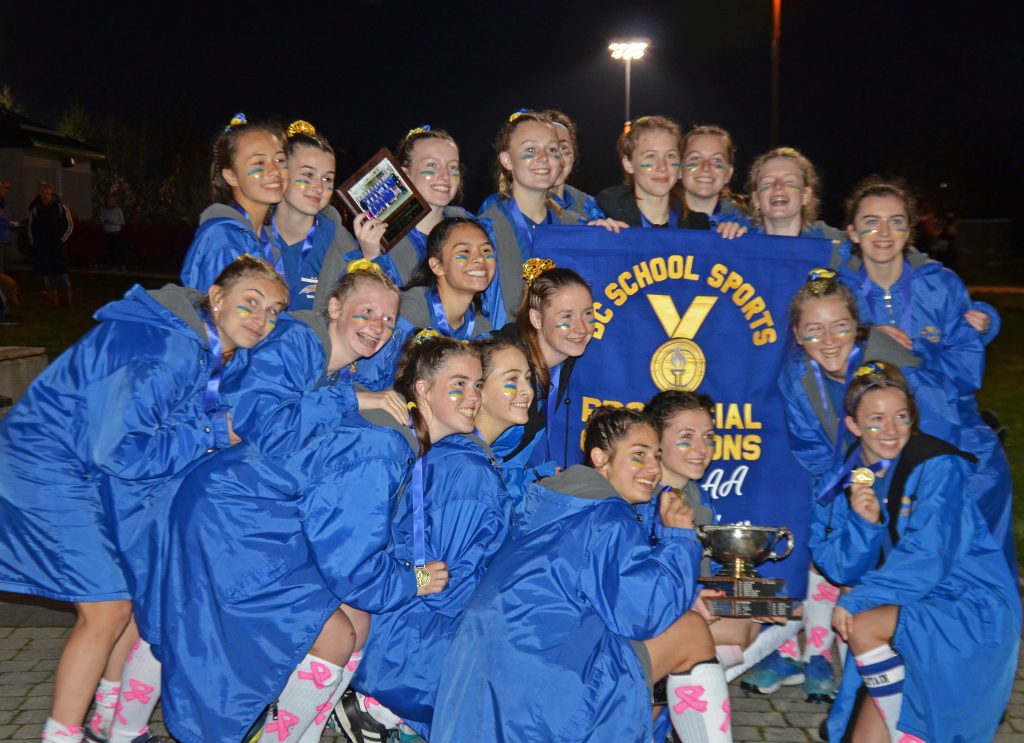 Each year, registered Field Hockey BC High Performance athletes receive a variety of customized clothing items from our apparel partners, Kukri. These items include tournament uniforms, training pinnies, socks, and other items such as hooded sweatshirts, shorts, and shirts. Items may vary from season to season.

Are you currently involved in a Field Hockey BC High Performance Program? This is where you can find up-to-date information on what, when and how to get your Field Hockey BC clothing!

Kukri and FHBC also have an online shop available here.

Trial registration will be open until 12 pm on Wednesday, October 17th. The cost of the trial is $10 per athlete for boys and $20 per athlete for girls. The trial for U18 Girls and U15/U18 Boys will take place on Friday, October 19th from 6 – 8pm at the University of Victoria Field Hockey pitch. The trial for the U15 Girls will be held on Sunday, October 21st from 10am – 12pm at the Cowichan Sportsplex. Selections will be announced the following Wednesday.

The Vancouver Island Regional Program is a 40 hour program which will run from October to April. Program cost is typically $600-700 per athlete. Selected players can expect 1-2 training sessions per week with highly trained coaches, and the opportunity to play in the FHBC Regional Tournament in the spring, which is the selection point for Team BC. For more information on eligibility, registration and selection process, click here.

Registration is now open for the Lower Mainland and Vancouver Island Boys and Girls Learn 2 Train Program! All athletes born between 2006-2009 with some prior field hockey experience are invited to register. Registration will remain open until October 10, 2018 at 12 p.m. Visit the Online Registration Page to secure your spot!

Visit the Learn 2 Train page of our website for more information! Still have questions? Contact Melody at melody@fieldhockeybc.com or 604-730-7220.

Trial registration will be open until 12 pm on Wednesday, September 26 and costs $10 per athlete. The trial will take place at Tamanawis Park on Sunday, September 30 from 5 pm – 7 pm (U15) and 7 pm – 9 pm (U18). Selections will be announced the following Wednesday.

The Lower Mainland Boys Regional Program is a 40 hour program which will run from October to April. Program cost is typically $600-700 per athlete. Selected players can expect 1-2 training sessions per week with highly trained coaches, and the opportunity to play in the FHBC Regional Tournament in the spring, which is the selection point for Team BC. For more information on eligibility, registration and selection process, click here.

Registration for trials in surrounding regions will be open in the coming weeks. Click here for a full schedule of trial dates and locations by region.