Registration is now open for Regional Trials for the U18 Lower Mainland Boys (Vancouver/North Shore and all regions south and south-east of Vancouver).

To register, go to www.fieldhockeybc.ca/fhbc/regionals.php.
Deadline for registering is September 11, at noon.

Who is this for and what do I need to know?

Fitness (yo-yo test), skills, and more will be assessed at the trial. If you have never done a Yo-Yo test before, don’t worry! Our coaches are there to explain and demonstrate a Yo-Yo test to everyone.

Everything you need to know about trials, selections, and training regarding the Boys Train 2 Compete (U18) Programs can be found here.

Located in Vancouver, Jokers Field Hockey Club is registering for experienced male and female adult players for this 2019-20 season. Goalies in particular are in high demand.

Great people, great community and with a clubhouse located in Stanley park, we have the best deck in Vancouver for off-turf socialising. See jokersfieldhockey.com for more info 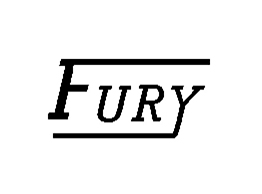 Located in Burnaby, Fury Field Hockey club is looking for female players to join their team.

Fury is an independent team that plays Division 1 in the Vancouver Women’s Field Hockey Association league.

They are looking for players who are fun, spirited and love playing field hockey to join for next season. Also, they guarantee loads of playing time!

The Field Hockey Canada Nationals 2019 came to an end last week. Team BC brought home a lot of medals and was greatly represented by our amazing players. With that, some of our boys and girls, men and women, had such tremendous performances that they were selected among the best players of their age group during Nationals. Here is the list of every BC player that was named to the 2019 Nationals “Tournament 11”: 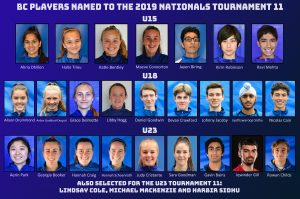 All the fees remain the same. For more information about FHBC’s membership, the registration process and detailed fees, please access our Membership Page. We even have a Step-by-Step Registration Guide available for download.

If you want to go straight to our online registration page, click here

The third day of the U18 Nationals at the Tamanawis Park, in Surrey, ended with BC girls’ teams qualifying for the semifinal and the boys maintaining their winning streak.

All the BC teams won their games on Saturday. The Stags started out the day with a 7-0 over Quebec, and the Lions had the same score against Ontario East. In the afternoon, the Rams got the highest score in the competition so far by beating PEI 16-0.

With those results, Rams and Stags ended the round robin with a lead in their respective pools, and moved forward to the semifinal along with Ontario West and Ontario Central. The Lions will play another group stage against Quebec, Alberta, PEI and Ontario East to complete the standings.

BC Rams and Ontario West will meet for the first semifinal this Sunday, at 10:30 am. Lions and Ontario Central starts at 12:30 pm.

In the boys’ National, BC U18s maintained their amazing performance, winning their third game in three rounds. On Day 3, they beat Alberta by 10-0 and continue to lead their pool with 9 points.

Day 2 of the 2019 FHC U18 Nationals saw BC securing their second win among the boys, a clash between Lions and Rams’ girls, and the Stags beating Alberta.

The U18 Men’s National had two matches on the second day of the tournament. Both BC and Quebec faced and won against Alberta. The boys from British Columbia scored 11 goals without suffering any, and now lead their pool with 6 points after two rounds; Quebec has 3 and Alberta has 0.

In the girls’ championship, the BC Stags had a great 10-0 victory over Alberta in Pool B, which they too lead with 6 points.

Rams and Lions had a BC clash in Pool A; the Rams won by 4-0. Later in the afternoon, the BC Lions went on to face Prince Edward Island (PEI) and recovered themselves with good performance and 4-0 on the scoreboard.

After three rounds, the BC Rams are in first place in Pool A, with 7 points (2 victories and a draw) along with Ontario Central, leading because of a better goal difference. The Lions are third, with 3 points, followed by PEI and Ontario East, with 1 each.

The 2019 Field Hockey Canada U18 National Championships got started this Thursday at Tamanawis Park, in Surrey. Every Team BC in the competition had their first games on Day 1, with some great performances.

This first day of the U18 Women’s National was a true face-off between British Columbia and Ontario, with Quebec and Prince Edward Island only playing this Friday.

At 8:30 in the morning, the opening match of the tournament was between the girls from the BC Rams and Ontario Central, in Pool A. It was a very thigh game, and no one was able to get anything on the scoreboard, ending in 0-0.

The Rams went back on the pitch to close out the day, and what a game it was; 10-0 against Ontario East, with eight different players scoring.

Still in Pool A, the BC Lions were defeated by Ontario Central, 2-0. Playing in Pool B, the BC Stags girls had a great 3-1 win versus Ontario West.

There was only one game on this first day of the boys U18 National. BC played well against Quebec and managed to secure a 3-0 win. BC, Quebec and Alberta will play each other three times in the men’s pool, with whoever finishes in first place will get the gold medal.

The U23 Nationals came to an end on Canada Day, and all the BC teams had notable performances, with Team BC securing gold medals among women and men.

Throughout the competition, the women’s BC Rams and Ontario developed a healthy rivalry, facing each other three times in total. After a 1-1 draw in their first encounter, Ontario beat the Rams on the last match of the round robin, when both teams were already qualified for the final. This sort of preview taught the BC ladies some lessons, and they applied them well in the end, beating Ontario 2-0 and getting that gold.

BC Lions came in third place and, despite getting no wins in such a tight tournament, they were all smiles in recognition of their great effort.

The U23 Men’s National was decided between the BC Lions and BC Rams. While the Rams dominated the pool stage, earning 13 points out of 15 possible, the Lions confirmed the second place only in the final minute of their last game against Ontario.

This mix of relief and excitement was brought over to the last game. It was a very even encounter, with both teams leading the scoreboard at some point and, in the end, a 2-2 tie to be decided in a penalty shootout! It was tight, but the Lions won by 2-1 and were awarded the gold medal.

The U18 BC Rams also participated in the tournament and finished in 5th place by beating Alberta 5-4 in their last match. The boys will now get ready to play their division. The U18 Nationals start July 4 at Tamanawis Park, in Surrey.

The U23 Women’s National started this Saturday with two matches. The BC Rams had a great performance against the BC Lions, winning by 8-1, and tied 1-1 with Ontario. All three teams will play four games on this stage, with the best two reaching the final on Monday, July 1.

As for the second day of the U23 Men’s National, it opened with a clash between both BC Rams in the tournament, U23 and U18 – a good opportunity for the U18 boys to test their skills against older players. U23 won by 3-0 and beat Quebec later on, with a 4-0.

The BC Lions had a great win versus Alberta, putting a 10-5 on the scoreboard, and also overcame the U18 BC Rams by 3-0.

With two wins and a draw between them on Day 1, BC Lions and U23 BC Rams are leading the competition with 7 points each. Because of a better Goal Difference, the Lions sit currently in front.

To follow the live score of the Nationals and see the full standings, schedule and statistics, access fhc.altiusrt.com.