The Collingwood Cavaliers came out on top for the second consecutive year at the 2018 BC High School AA Provincial Championships, hosted by Crofton House School from November 7-9, 2018.

“This is the first time Crofton has hosted the Field Hockey AA Provincials,” said Tournament Coordinator, Gerald Lambert. “It’s been really great celebrating the field hockey community, we’ve had great support from our administration, staff, students and our community. Many thanks to all who have contributed to such a major event.”

The Crofton Falcons, another top contender, took on Shawnigan Lake in a dramatic semi-final which saw Crofton edge Shawnigan 2-1 in the sixth round of a shootout. In the second semi-final between Collingwood and Seycove, the number 1 ranked Cavs poured on the pressure early, but Seycove held them off the scoreboard to take a 0-0 tie into halftime. Collingwood’s Maisie Hastings broke the scoreless tie midway through the second half to punch Collingwood’s ticket to the final.

“You’ve got a good battle between Collingwood and Crofton, it’s a common occurence that we play each other in the finals” Lambert said. “Last year Collingwood won the finals, the year before Crofton won the finals and the two teams have gone to shootouts multiple times in the past two years. It’s a great competitive rivalry.”

This rivalry was felt early on in the 2018 Provincial final between Collingwood and Crofton, as both teams came out hard in the first half. The action was back and forth throughout the first half, but Collingwood got on the board first when forward Seli Edstrand scored off the rush to give the Cavs a 1-0 lead.

With a 1-0 lead at halftime, Collingwood’s offence took off in the second half adding four goals to make it a 5-0 victory for their second consecutive Provincial AA Championship. 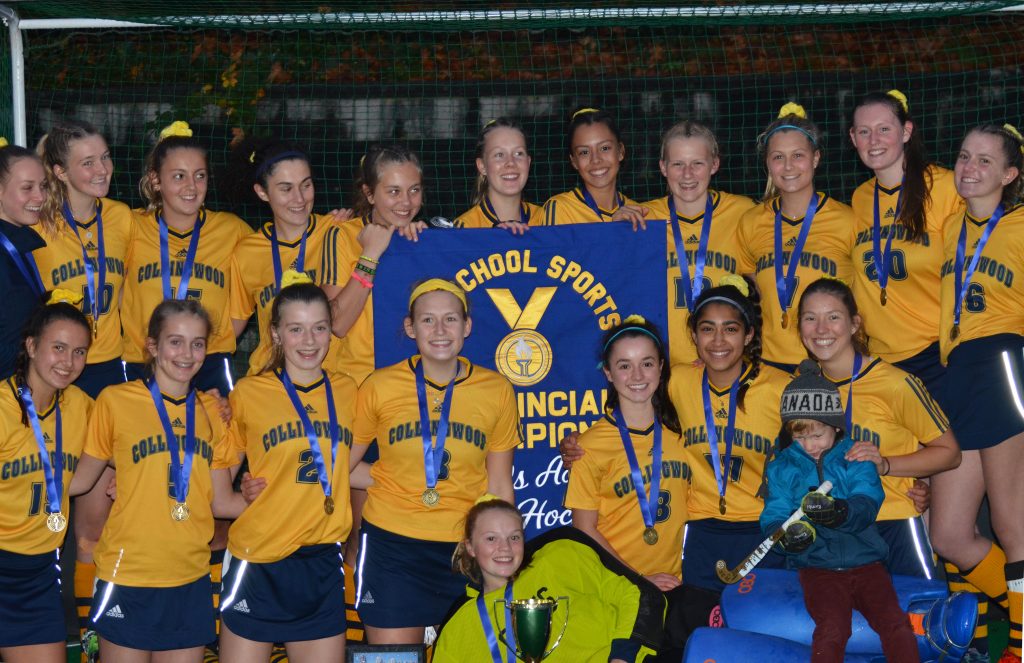 “It’s about the competition, it’s about friends, but what’s most important is seeing the athletes come together and celebrate their sport,” Lambert explained. “There are a lot of schools in more isolated communities that play minimal league games, so for those teams to be able to qualify and come to an event like this is a highlight of the year for them and one that they’ll always look back on. It definitely brings different communities together. It’s about a common interest and that common love for the great sport.”

For a full list of tournament results, visit the Provincial AA Tournament Website. Congratulations to all participating teams and thank you to the tournament organizers for making this event a success!

This position is an 8 month full time contract based out of Edmonton, Alberta. The Alberta Northern Developer is responsible for assisting with the operation of Alberta Field Hockey grassroots & regional programming. Check out the full job posting for more information on this exciting opportunity! 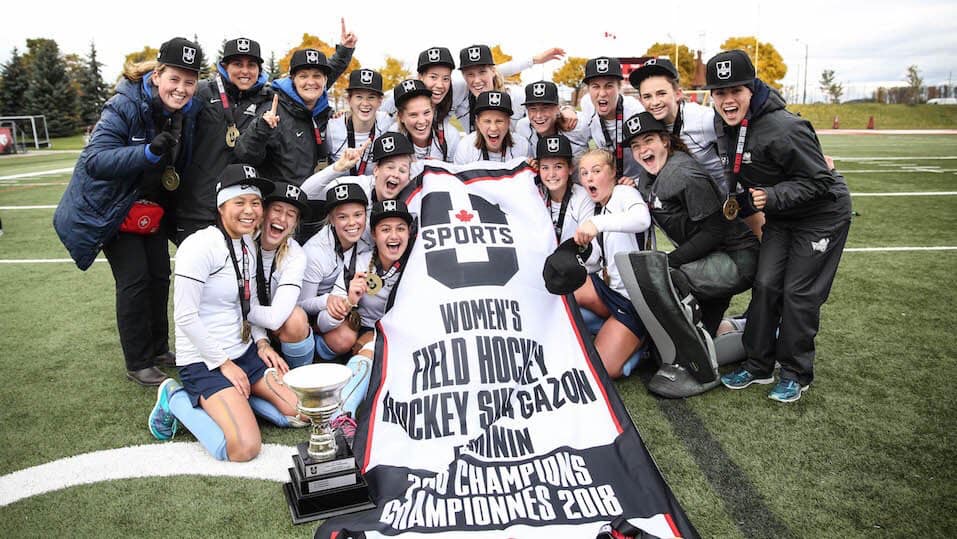 We are excited to announce the launch of the FHBC Foundation Pat Hall Officials Development Award!

This award is  designed to promote the development of Vancouver Island umpires and technical officials. An award of up to $500 will be allocated each year to successful applicants. In order to be eligible for this award, applicants must be a member in good standing with Field Hockey BC and an active official within National, Provincial or Club based programming.

The application window will remain open throughout the year until the maximum award has been distributed. Visit the FHBC Foundation website  for more information. To download an application form, click here.

Field Hockey BC is excited to announce an upcoming Provincial Umpire Course in November 2018!

The course will take place on Monday, November 12th and Monday, November 19th from 6:30 to 9:30 PM. Tyler Klenk will be conducting this course at the Field Hockey BC Head Office: 202-210 West Broadway. The deadline to register is Tuesday, November 6th. Candidates must be a minimum of 13 years old to register. The Provincial Umpire Course costs $60 for FHBC members and $85 for non-members.

Click here to register for the Provincial Umpire Course!

If you have any questions regarding this course, please contact Kurt Du Bois at eventsandofficials@fieldhockeybc.com or 604-737-3146.

Field Hockey BC is excited to announce the hiring of two staff members: John Sacre and Julie King. John Sacre, a veteran coach at the National, Provincial and Community level, is joining us as the Head Provincial Coach and Performance Manager. Julie King has been actively involved with Field Hockey BC for several years, and is transitioning from her role as Provincial Coach and Performance Manager to Head Regional Coach. Both John and Julie’s coaching bios can be found on the Meet the Coaches page of our website.

Trial registration will be open until 12 pm on Wednesday, October 17th. The cost of the trial is $10 per athlete for boys and $20 per athlete for girls. The trial for U18 Girls and U15/U18 Boys will take place on Friday, October 19th from 6 – 8pm at the University of Victoria Field Hockey pitch. The trial for the U15 Girls will be held on Sunday, October 21st from 10am – 12pm at the Cowichan Sportsplex. Selections will be announced the following Wednesday.

The Vancouver Island Regional Program is a 40 hour program which will run from October to April. Program cost is typically $600-700 per athlete. Selected players can expect 1-2 training sessions per week with highly trained coaches, and the opportunity to play in the FHBC Regional Tournament in the spring, which is the selection point for Team BC. For more information on eligibility, registration and selection process, click here.

Field Hockey BC is excited to announce two upcoming Umpire Courses in October 2018!

The Umpire Assessors Course is being held on Saturday, October 27th at the Field Hockey BC Head Office. The deadline to register is Monday, October 22nd. Please note, this course is only open to umpires with a minimum Provincial rating and 4+ years of active umpiring. The cost of the course is $55 for FHBC members.