In November 2021, FHBC circulated a 2022 Club Championship Stakeholder Memo to all Club Contacts which included a summary of the role and responsibility of the CCRWG and the principal elements for consideration within Club Championship Program execution. This Stakeholder Memo is again included as a frame of reference to this Community Communique and can be accessed at the following link:

In announcing the 2022 Club Championship schedule and as can be referenced from the table above, FHBC and the CCRWG is requesting further consideration from Community Clubs in the willingness and ability to assist Program delivery in the creation of a CLUB CO-HOSTING ROLE in support of each event. To date, each Under 14 through Under 18 Championship in 2022 has a single CLUB HOST already secured and the ask as it was in November 2021 is again for additional support from a second Community Club to Co-Host in each case. In the case of the Under 12 Festival there is still the need for two Club Hosts to take on a Co-Hosting role. Club Hosts would be required to support the following for any Club Championship Division or Tier:

For more information and for a Club Championship Host Guideline example, please refer to the following Program link on the FHBC Website:  https://fieldhockeybc.com/events/club-championships/

FHBC looks forward to releasing specific Team Registration Information for the 2022 Club Championship Program at the end of March 2022. FHBC also hopes to be announcing at the same juncture a full Club Championship and Festival Hosting Commitment for 2022.

FHBC in partnership with both the BC Club Community and Field Hockey Canada very much look forward to a return to what we hope will be a full Spring and Summer Tournament and Event schedule. Information relative to the events listed above will continue to be posted on the FHBC website and disseminated to members and club contacts alike. Should you have questions, please do not hesitate to reach out to any member of the FHBC Staff team who will be happy to assist. 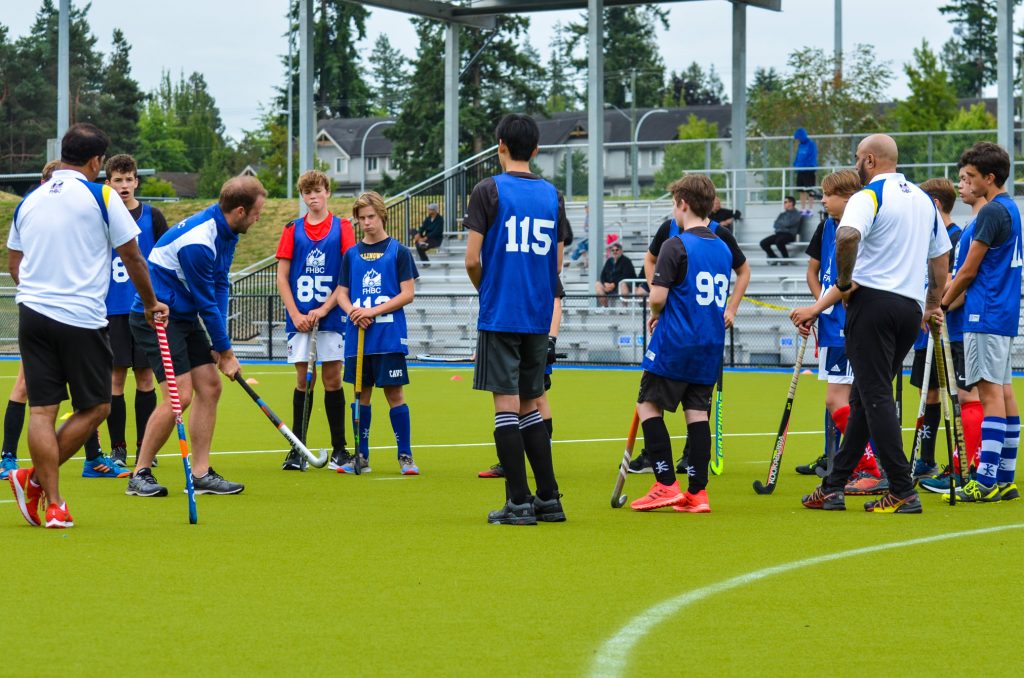 Field Hockey BC is pleased to announce dates for the upcoming 2022 FHBC Provincial Program Talent ID and National Championship Team Trials. The 2022 Provincial Talent ID Program will be a joint venture with Field Hockey Canada in being both a Talent Identification point for the FHC NextGen Program, as well as a Talent Identification point for FHBC National Championship Team participation.

Following FHBC’s Provincial Athlete Pathway Review in 2020, FHBC Provincial Teams at National Championships will now be selected through a series of regional and centralized trials. For more information on the general concept of this staged trial program, please see the review committee’s final report here: https://fieldhockeybc.com/provincial-athlete-pathway-review-project/

Access the full Communique with all the necessary information here. 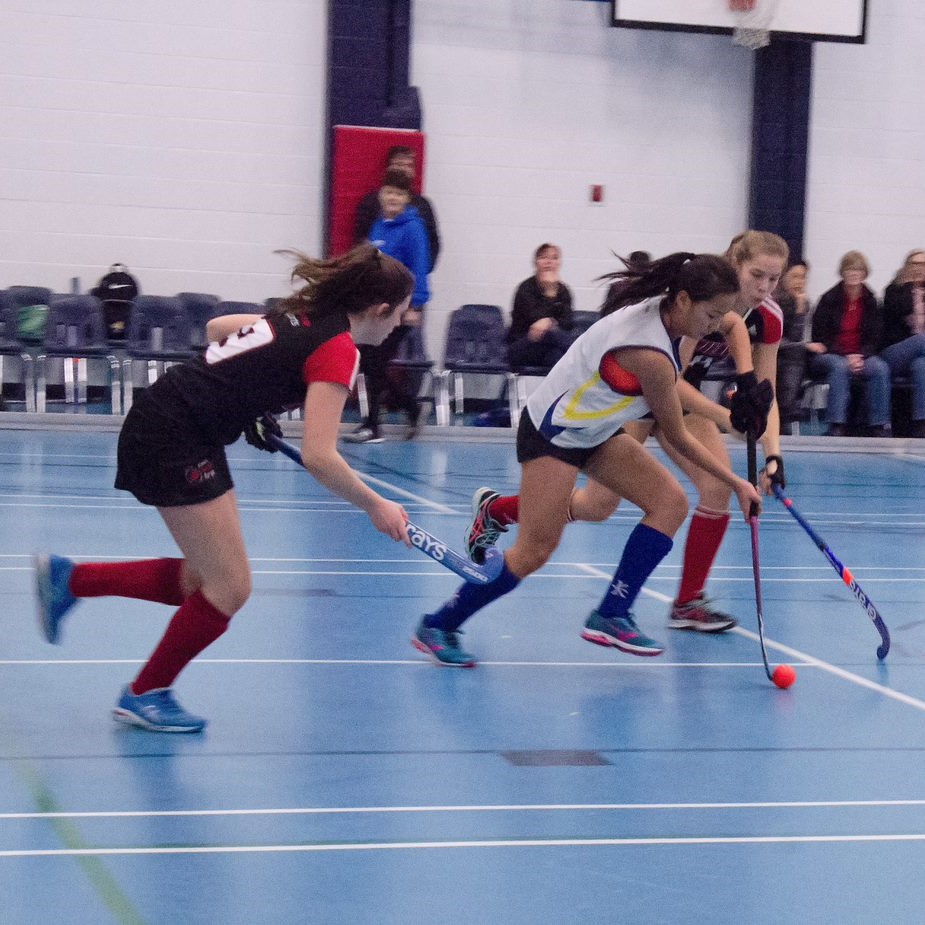 Registrations are now open for the 2022 Women’s U16 and U18 Indoor Championships that will happen in Duncan, BC, on Vancouver Island. 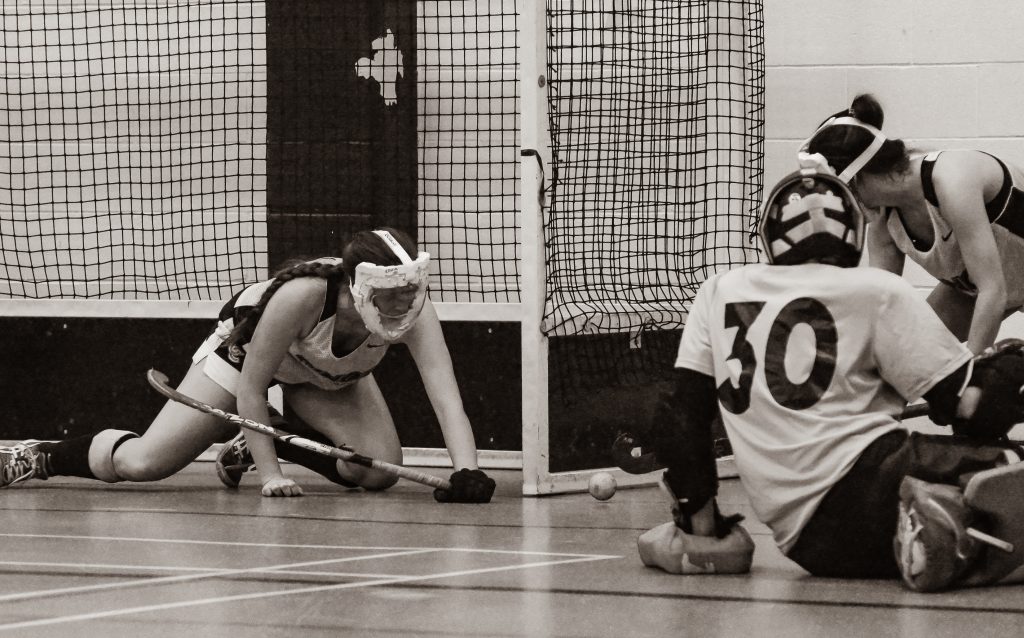 Registration is now open for the 2022 Women’s Senior Indoor Championship that will happen in Duncan, BC, on Vancouver Island. 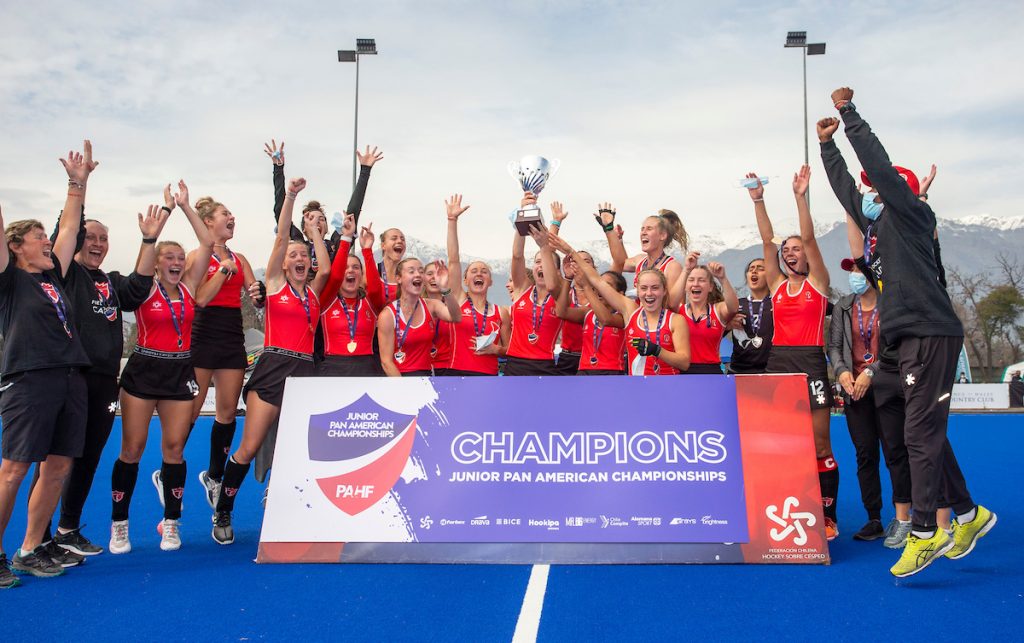 Their campaign at the tournament was spotless, without a single defeat or goal conceded. The three goals scored by Canada in the competition came from BC players: Sara Goodman against Argentina in the Pool stage; Thora Rae against Chile in the semifinal; and Anna Mollenhauer in the final against Uruguay.

Canada was also represented in the competition by umpires Tyler Klenk, a BC umpire for over 10 years now, and Joanne Wudrich from Ontario.

On behalf of the Field Hockey BC Board Members and Staff, a huge thank you and congratulations to the athletes, umpires and supporting team for creating history for FHBC and the sport that we love. 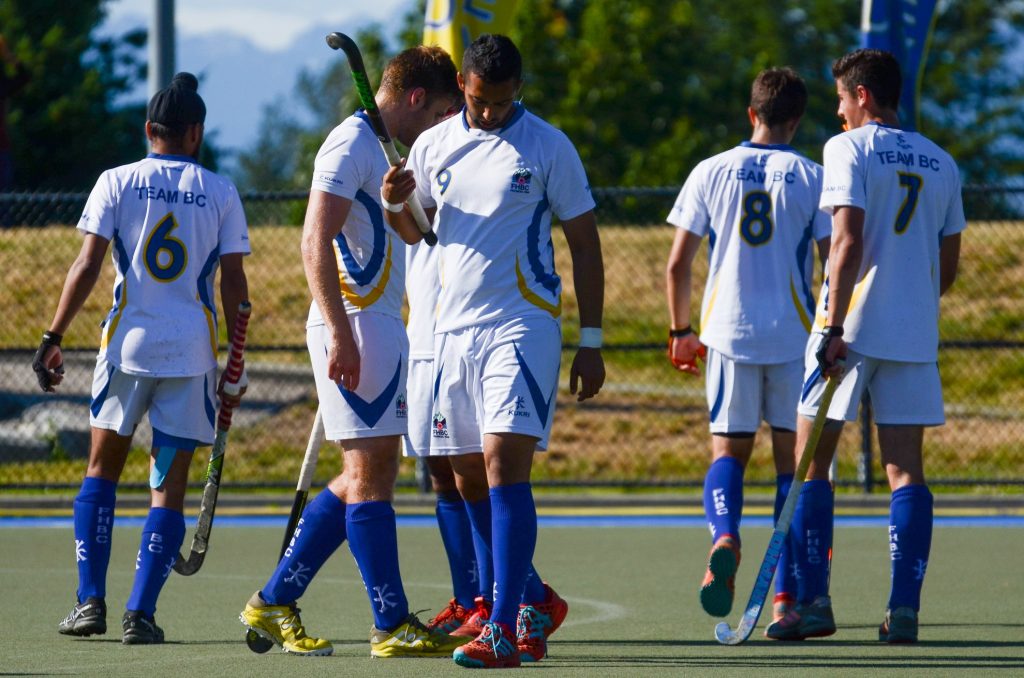 “Field Hockey Canada’s Hosting Committee is announcing the difficult decision to cancel the 2021 National Championships. The decision comes due to the ongoing COVID-19 pandemic and uncertainty surrounding national and regional travel restrictions.

With inter-provincial travel limited and safety at front of mind, Field Hockey Canada in consultation with Provincial Partners has made the early decision to cancel the event.

Where possible, and with COVID protocols foremost in mind, Field Hockey Canada will be hosting talent identification camps around the country during 2021 to ensure all athletes have an opportunity to be scouted and enter FHC programs.“

Despite the FHC Nationals’ cancellation, Field Hockey BC remains focused and committed to providing talent identification opportunities and high performance training during the summer window of June-August 2021.

As the Organized Sport Sector in BC responds to the rapidly changing situation with COVID-19, Field Hockey BC continues to monitor the potential impact to our team sport environment. Given the growing and unprecedented uncertainty surrounding this health pandemic, Field Hockey BC is directing all members and affiliated clubs and associations to suspend all sanctioned field hockey activities in the province until further notice.

This decision will be monitored daily and reviewed on a week to week basis by the Field Hockey BC Board of Directors, with the expectation that a next suspension update will be posted early in April. As new information is received from both Federal and Provincial Government agencies, Field Hockey BC will provide appropriate program and service updates that we hope over time will include a responsible and gradual return to play. Field Hockey BC cannot emphasize enough that the health and safety of all participants in the field hockey community in BC is of the utmost importance and is central to any decision-making process.

To ensure the health and safety of the players, coaches, officials, volunteers, and fans in BC, Field Hockey BC recommends that all affiliated Leagues, Clubs, and Associations communicate to their members that they will cease all sanctioned field hockey operations immediately and until further notice. Field Hockey BC sanctioned field hockey activities include, but are not limited to, all indoor and outdoor competitions, leagues, training, practices, matches, in-person coach and official education, and formalized club group activities. The intent of this suspension is to limit situations of physical contact.

Whilst the entire Field Hockey Community in BC continues to work hard on contingency planning for the possibility that restrictions may be lifted over time, please stay patient as we collectively consider ongoing environmental implications. Field Hockey BC’s operational continuity plan is for Society staff to work remotely and all staff are equipped to continue their daily functions. Electronic media will be utilized to maintain lines of communication, with community members able to connect via phone and/or email in the normal way.

Field Hockey BC thanks you for your patience as we do our part to support all of the unprecedented steps taking place to slow the spread of COVID-19. You can stay up-to-date on COVID-19 information by visiting the BC Government website and the Ministry of Health website. Our thoughts are with all of you and your families during this challenging time.

Field Hockey BC (FHBC) and various member clubs have received a number of inquiries relating to the coronavirus and field hockey events, training environments, and camps in BC.

FHBC remains in close contact with Field Hockey Canada, the Canadian Sport Medicine Advisory Committee, Provincial Government agencies, School Districts and Parks Boards regarding protocol and next steps, and will provide updates as soon as they become available.

As the status progresses with the COVID-19 response within Canada, FHBC will continue to follow all government recommendations and adjust our approach to managing events accordingly.

At this time, Field Hockey BC is waiting on further government recommendations regarding mass gatherings in BC. As always, the safety and wellness of our players, coaches, officials, parents, fans and all other community members is our first priority.

You can stay up-to-date on COVID-19 information by visiting the BC Government website and the Ministry of Health website.

Field Hockey BC will also be posting regular updates from the Canadian Sport medicine Advisory Committee, the latest of which (March 11, 2020) can be found at the following link:

Reminder on steps to reduce risk and exposure

As a reminder, Field Hockey BC would like to share the BC Centre for Disease Control recommendations for reducing the risk of exposure to novel coronavirus:

Further information about novel coronavirus is available on the BC Centre for Disease Control website at the following link: http://www.bccdc.ca/health-info/diseases-conditions/coronavirus-(novel)

The Vancouver Hawks invites the whole field hockey community to celebrate the clubs’ 125th year. The festival will occur on April 4, from 10 am to 4:30 pm.
Register as a team or individual at www.vancouverhawks.com