This awards event aims to recognise members of our community who have contributed endless hours and energy to assist the Society in delivering extended opportunities to those involved with field hockey in British Columbia. We hope that the following voluntary recognition awards go some way to expressing our gratitude for the difference you make to our sport. Our field hockey community has a great many volunteers and we recognise those that have played a role in assisting our sport at a provincial, regional, and local level. 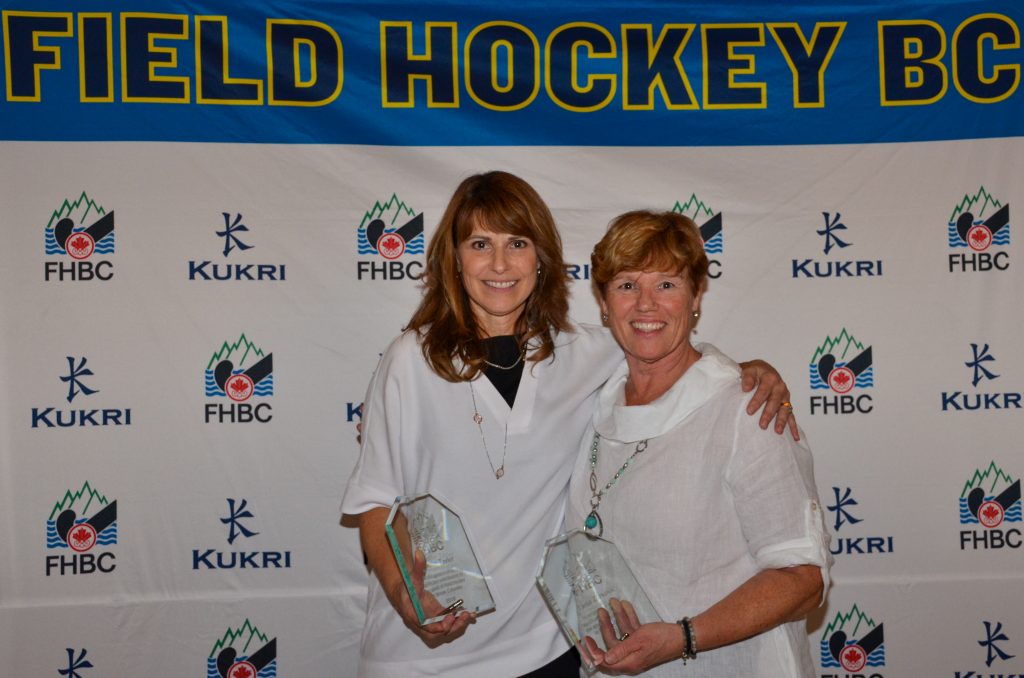 Jennifer Taylor (on the left) and Brenda Rushton

Over the past several years, Jennifer Taylor has volunteered her time to support the hosting of local, regional, provincial, and national events as a technical official. During this time, Jennifer was appointed as both a judge and a technical officer. Additionally, 2019 saw Jennifer volunteer her time to support the Field Hockey BC’s Train-to-Train and Train-to-Compete events, the Provincial club championships, and the National championships held here in BC.

It’s fitting that Jennifer follows other technical officials that have been honoured to receive volunteer contribution awards. It is very likely that many of our annual athlete, coach and official award winners this evening have been involved in at least one event supported by Jennifer, and it gives FHBC great pleasure to recognise Jennifer’s ongoing commitment with a 2019 Volunteer Recognition Award.

She did an amazing job managing her team’s meals, carpools, activities and so much more. Her ability to work independently and communicate effectively makes life easier for everyone around her. Tanja is right back at it, now taking on the role of Regional Manager for the current season’s Northwest Training Squad. Tanja is a fantastic manager. It is Field Hockey BC’s pleasure to present a 2019 volunteer recognition award to Tanja Zurkovic. FHBC’s Domestic Director, Brenda Rushton, accepted the award on Tanja’s behalf. 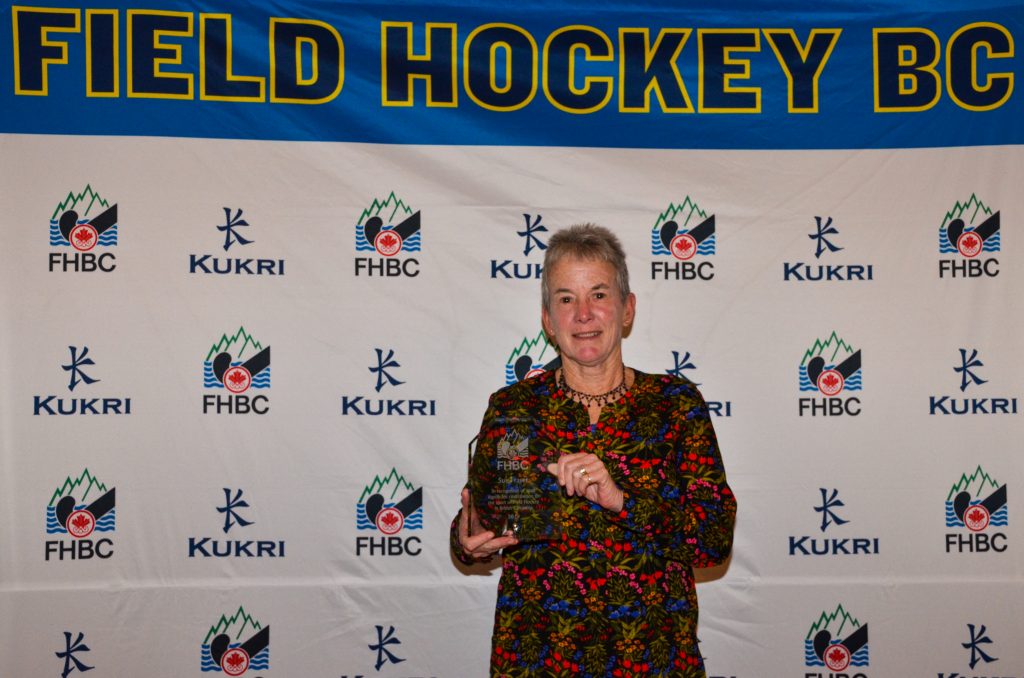 Sue Fraser has been an integral part of the Cowichan Field hockey Association for almost 3 decades. In the past, Sue has organized and played with the Golden Oldies team and singlehandedly organized and run the entire Junior program in the Cowichan Valley. She has also coached at all levels: from juniors to the Under 18 regional team. She has been the Captain of the Cowichan Division 3 team since 1990.

Sue has filled every role imaginable in our organization: coaching, umpiring, organizing tournaments, and conducting player evaluations. She has been a mentor for young players, coaches and umpires. Her contribution to field hockey in the Cowichan Valley is unparalleled. It is Field Hockey BC’s pleasure to present a community volunteer recognition award to Sue Fraser. FHBC’s Vice-President, Madge Johnson, accepted the award in Sue’s behalf. 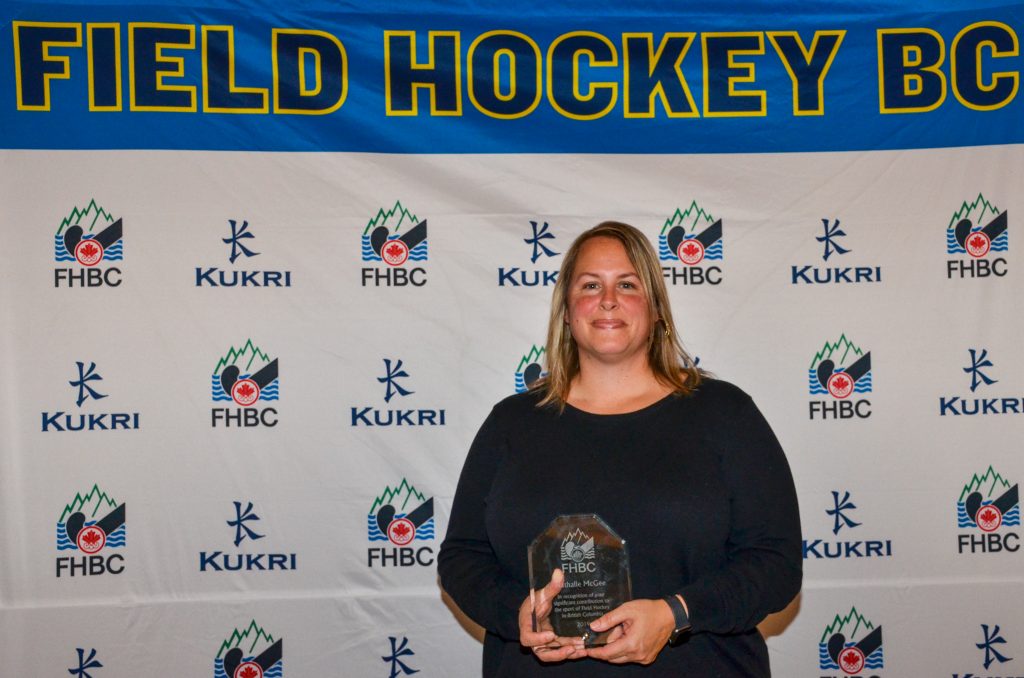 Nathalie has been volunteering with Delta Falcons Field Hockey Club since 2008, beginning as an Assistant Coach in the Under 10 Program. The following year, Nathalie took on the role of U10 Girls Program Coordinator as well as Under 10 team coach. Nathalie transitioned out of the U10 Girls Program Coordinator role and, instead of taking a break, assumed the considerable role of the Club Equipment Manager for both the junior and senior teams. This is a great opportunity to recognize the essential role Nathalie McGee plays within the club with a Community Club Recognition Award. 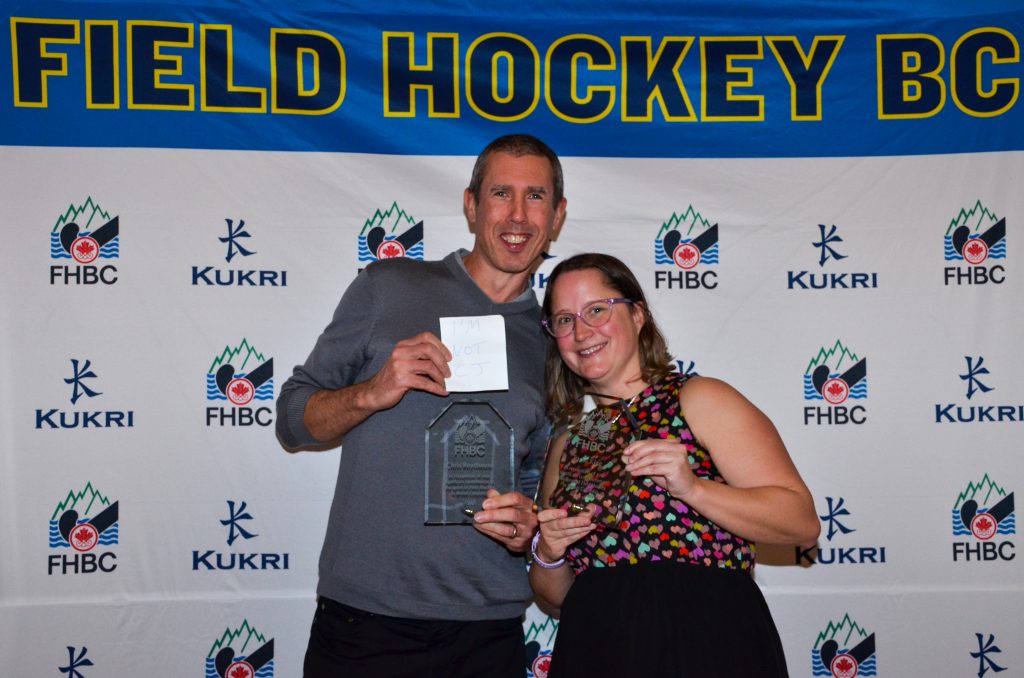 The Jokers Field Hockey Club continue to partner with Field Hockey BC in the delivery of the annual Vancouver International Tournament. An integral part of this event is the Tournament Beer Garden.  This is where all the teams come together to socialize and enjoy being a field hockey community.

The 2019 season was the second year that the team of Tasha and C.J have stepped up to make the beer garden a success. The two of them created the perfect partnership of one sourcing the stock and the other organizing, so when it comes to game day all attendees have a place to come together and enjoy a beverage, or seven, with friends. The VIT, one of the key tournaments in the field hockey calendar, would not be the same without the beer garden and the beer garden would not happen without Tasha and C.J. 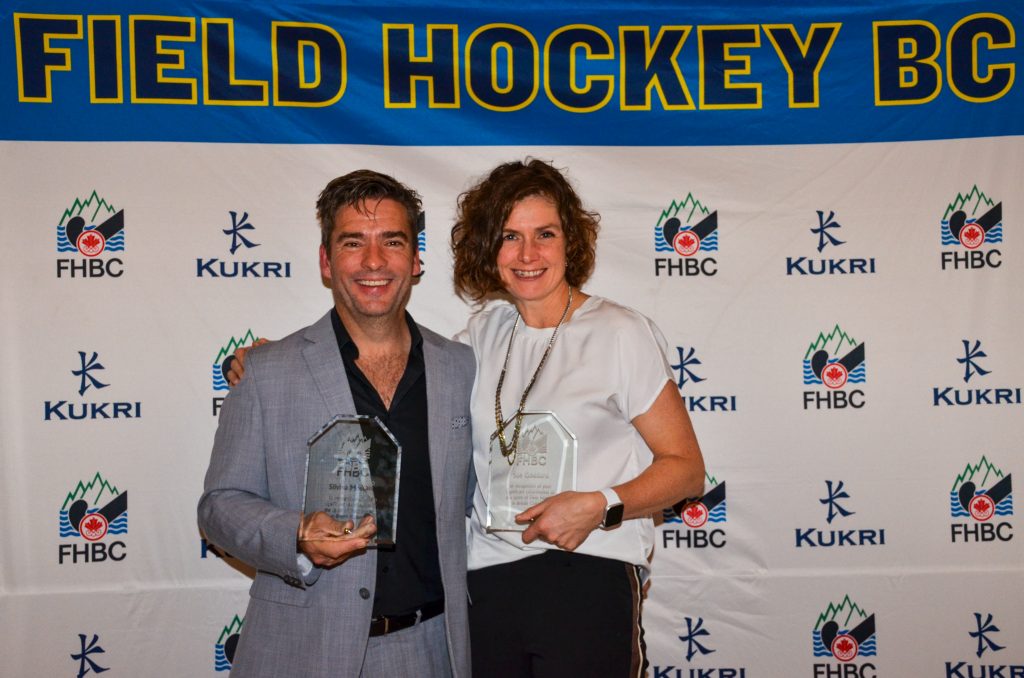 Silvina is truly a gem for West Vancouver Field Hockey Club. Her contribution to her Club and her endless energy and enthusiasm are outstanding. The hours she volunteers are integral to the smooth running of WVFHC. She is a coach in the junior program, a manager of a women’s team, a member of the Women’s Committee and the Social Committee. She is very approachable, helpful, constructive and always calm and reasoned in her approach.

Sue Goddard is a volunteer extraordinaire. She dedicates her time to West Vancouver Field Hockey Club repeatedly with great leadership, patience and experience. She is a Coordinator for multiple age groups, she has led and managed some of the clubs’ out of province tour teams, and she is part of the Junior Committee which organises the programming and events.  Every organisation should have a member such as Sue and WVFHC is very proud and grateful to have her as a member. Sue is always seen with a smile on her face.