article by Ali Baggott for the Uvic Vikes website 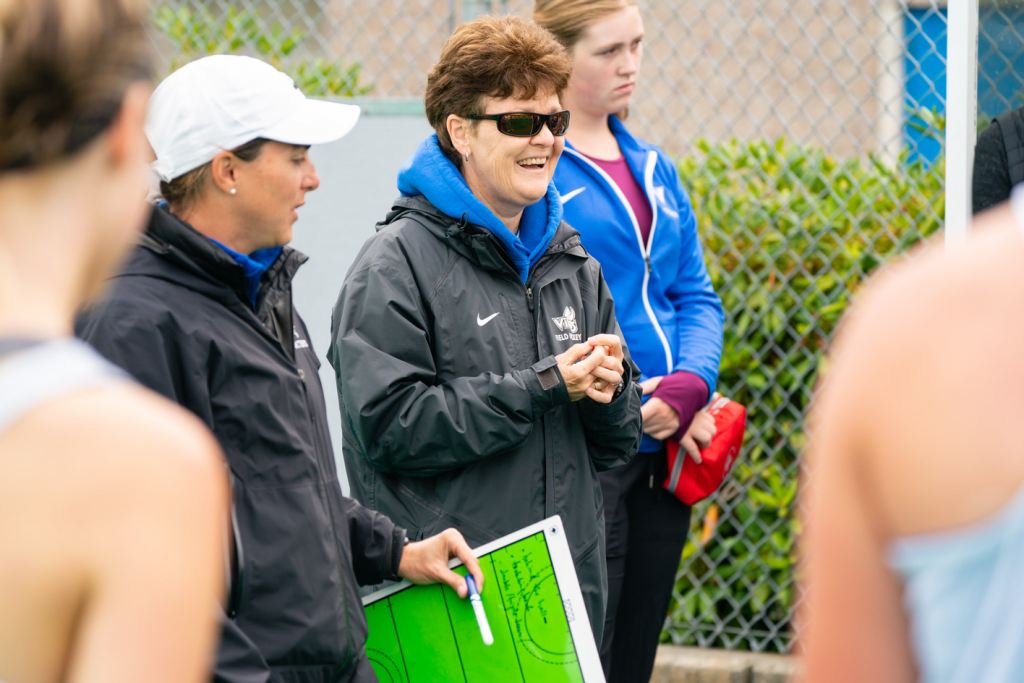 Lynne Beecroft is retired. Let that sink in.

After 39 years at the helm of the University of Victoria Vikes women’s field hockey program, the 15-time national championship head coach will no longer patrol the sidelines of the field hockey pitch off Gabriola Road. Her roots, however, will continue to nourish the next crop of Vikes though the newly created Lynne ‘Buzz” Beecroft Student Award.

To celebrate the legacy of coach Buzz, an anonymous donor has agreed to match funds raised up to $100,000 until March 2023.

Beecroft’s legacy is often summed up by the numbers. She has amassed 34 national medals (15 of which are gold), coached nearly 40 athletes who have gone on to represent Canada and over 70 All-Canadians, finishing with an impressive overall coaching record of 340-98-89 (wins-losses-ties) but the real legacy lies in that which she has left with her athletes, her colleagues, the community and the sport.

Since 1985, coach Buzz has instilled an annual team theme to bring her team together. Her philosophy of taking care of the people before the athlete has given rise to champions on and off the field as students, as athletes and as people. Through her themes, Buzz’s teams have learned to grow through challenges, become leaders in their own right and have learned how to be part of something bigger than a team.

Decades of Vikes field hockey players are linked through the team themes and values with those shared experiences building a strong core of alumni. In recent seasons, it has been special to see championship-winning alumnae, coached by Buzz in the 1980s on the sideline cheering on their daughters as current Vikes. The Vikes women’s field hockey experience comes with a prestigious “you had to be there” stature that resonates through decades and now, generations. Those values and lessons often reverberate long after athletes graduate UVic.

As proud as Buzz is to say she has amassed numerous medals and coached athletes of the year and Olympians, she is just as proud of how the program has helped build community contributors. Contributors that include the veterinarians, teachers, principles, engineers, stay-at-home moms or a soon-to-be total of 15 medical doctors.

“There’s a saying that when a student is ready, a teacher will come. Obviously, I was going to be the teacher as I was ready to make a difference in the lives of student athletes under my tutelage,” reflected Buzz when describing her transition to coaching at UVic. “I couldn’t have been more wrong. Upon reflection, I realize now that it has always been my athletes who have been the teachers and me the student.” 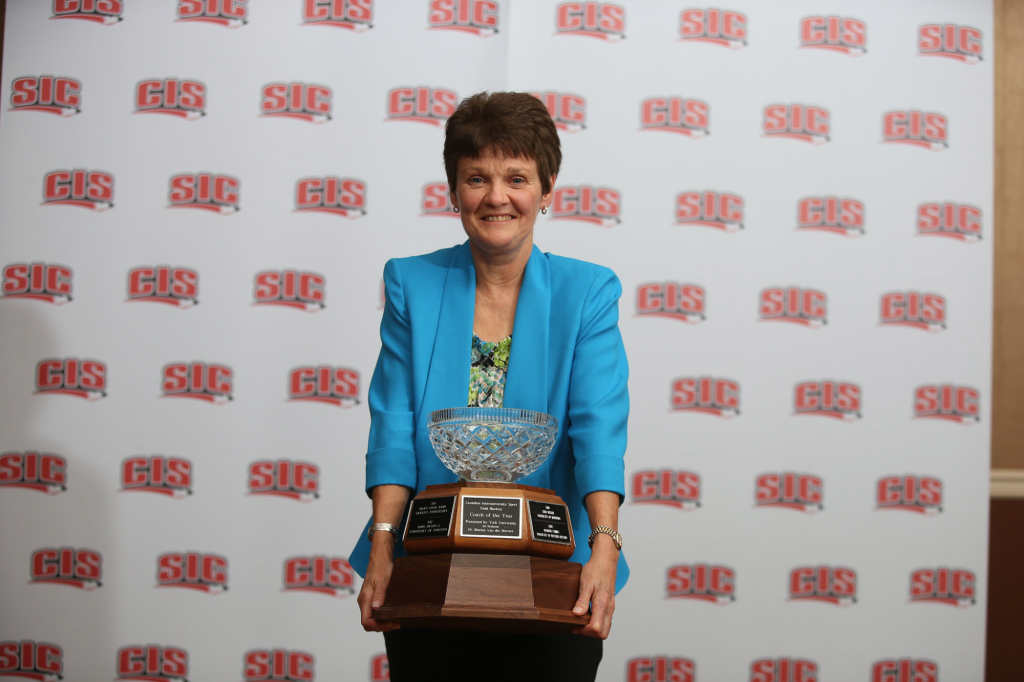 Buzz winning the U SPORTS Coach of the Year Award

A decorated athlete prior to her coaching career, Beecroft competed for UVic from 1975-79 and representedCanada in four World Cups before attending the 1984 Olympic Games. She has been inducted into the Greater Victoria Sports Hall of Fame, the BC Sports Hall of Fame and is a two-time UVic Sports Hall-of-Famer as an athlete and as part of the 1984 championship-winning women’s field hockey team.

Beyond her athletic career and coaching career, Beecroft is a memorable face in the community. She has helped mentor up-and-coming coaches in the National Coaching Institute program, been an umpire at local league and high school tournament games, volunteered on numerous committees, and was a beacon for many aspiring field hockey players in Vancouver Island.
As of January 2023, the Vikes program will move forward without the sound of Buzz’s infamous whistle, her three-claps tradition to close every session and her bouncing footsteps while she demonstrating drills on the field.

After a glowing final season capped off with a 15th overall and fourth-straight championship banner, Lynne Beecroft is retired. The word seems unimaginable. The UVic field hockey program is as synonymous with Beecroft, just as the UVic basketball programs are with the names Ken and Kathy Shields. But it is time to turn over a new leaf.

The creation of the Lynne ‘Buzz’ Beecroft Student Award Fund will be accepting contributions to build a financial award to support UVic women’s field hockey players whose attributes align with what Beecroft looked for her in her players. For more information or to make a contribution in Lynne Beecroft‘s name visit the award page.