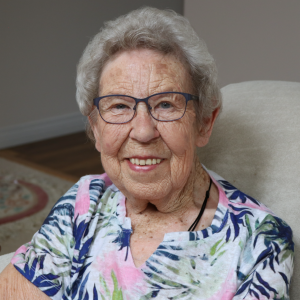 On October 2nd, 2021, the field hockey community lost a very dear friend with the passing of Dorothy ‘Dot’ Asuma at the age of 90. She played a pivotal role in the development and recognition of Canadian field hockey on the international stage, and FHBC would like to recognize her invaluable contributions to our sport.

Dot was the Canadian Women’s Field Hockey Association Tours Chairman from 1966-68 and 1970-75, although her work with Canada’s National women started well before that. Barb Harris remembers Dot being very involved with the preparation of the 1959 and 1963 National teams, especially on the finance and uniform side.

Dot served as Manager of the Women’s National teams in 1971 (IFWHA Tournament, New Zealand), 1974 (Canada), and 1975 (1st IFWHA WORLD Championship, Scotland). She took point in bringing the English National Team for a cross-Canada tour in 1974. The idea was to showcase hockey across the country, and by all accounts that was a success, as England played matches against the Canadian women, and provincial teams in 9 cities from Halifax to Victoria.

When the International Federation of Women’s Hockey Association (IFWHA) selected Canada to host the 1979 Women’s World Championships, Asuma was named Chair of the Organizing Committee for the tournament. Under Dot’s leadership, the committee proved that Canada was more than capable of hosting a world class event. Dot’s hard work culminated with her being nominated to Field Hockey Canada’s Hall of Fame in 2019, in the Builder’s Category. As stated by FHC in her induction article, “it was the first major women’s international hockey games to be held in Canada and set the foundation in which to grow the sport domestically.”

An active participant in the Greater Vancouver Women’s Grass Hockey Association between 1950 and 1965, Asuma represented both the Ex-King Edward and North Vancouver Field Hockey Clubs. In 1967, she received the Government of Canada Centennial Medal for her services to the sport. Dot and the ’79 Committee were awarded the BCWFHF Barbara Schrodt Award – For “Those Who Made a Difference” to Women’s Hockey in BC – for 1979.

Field Hockey BC offers its condolences to her family and friends. Thank you for all you have done, Dot. Rest in peace.