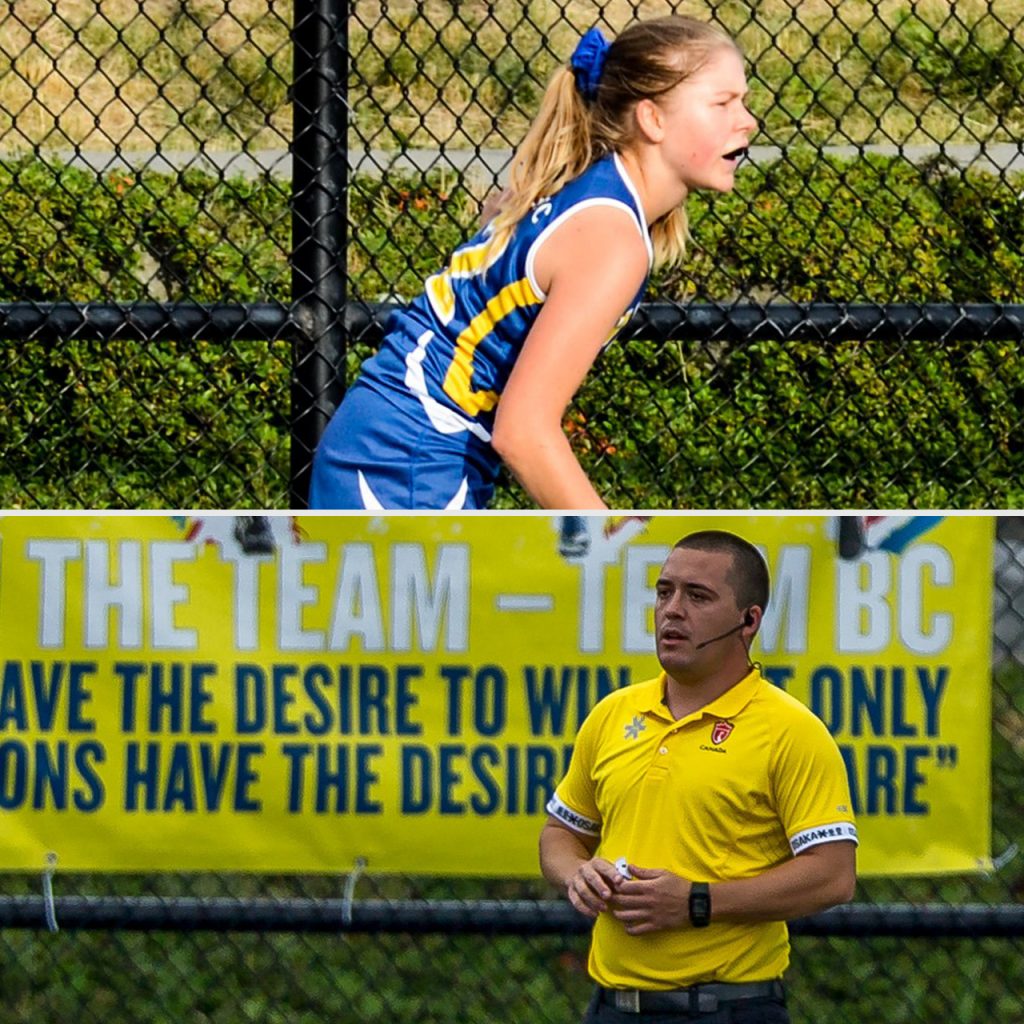 Thora Rae of the Junior Women’s Team and Tyler Klenk

Canada’s Junior National Teams are currently in Santiago, Chile, where the Junior Pan American Games will take place from August 21 to August 28. Tomorrow, at 11am (Pacific Time), the Men’s Junior Team will start their participation against Mexico; the Women will face Uruguay on the first match on Sunday, at 7am.

Both teams are seeking not only the Pan Am title, but also a spot on the next Junior World Cup that will happen in December, in India. On the men’s side, only the finalists will qualify; on the women’s, the World Cup berth will be given to the top three teams.

Additionally to several BC players on the men and women’s roster, British Columbia will also be represented among the umpires: Tyler Klenk has been selected to umpire in the Junior Pan American Games. He and Joanne Wudrich, from Calgary, are the only Canadians in the FIH International Appointments for 2021 – Klenk will also be umpiring in the Junior World Cup late this year.

Originally from Saskatchewan, Tyler has been umpiring in BC for 10 years now, since 2011. He got his first international appointment in 2016 at the Junior Pan Am of that year, and has already umpired at the Senior Pan American Games, Commonwealth Games and Asia Cup.

FHBC wishes good luck to Tyler, Joanne and all the players and supporting team representing Canada in Chile!

Here is a list the BC players at the Junior Pan American Games:

Watch the livestream of the competition here.