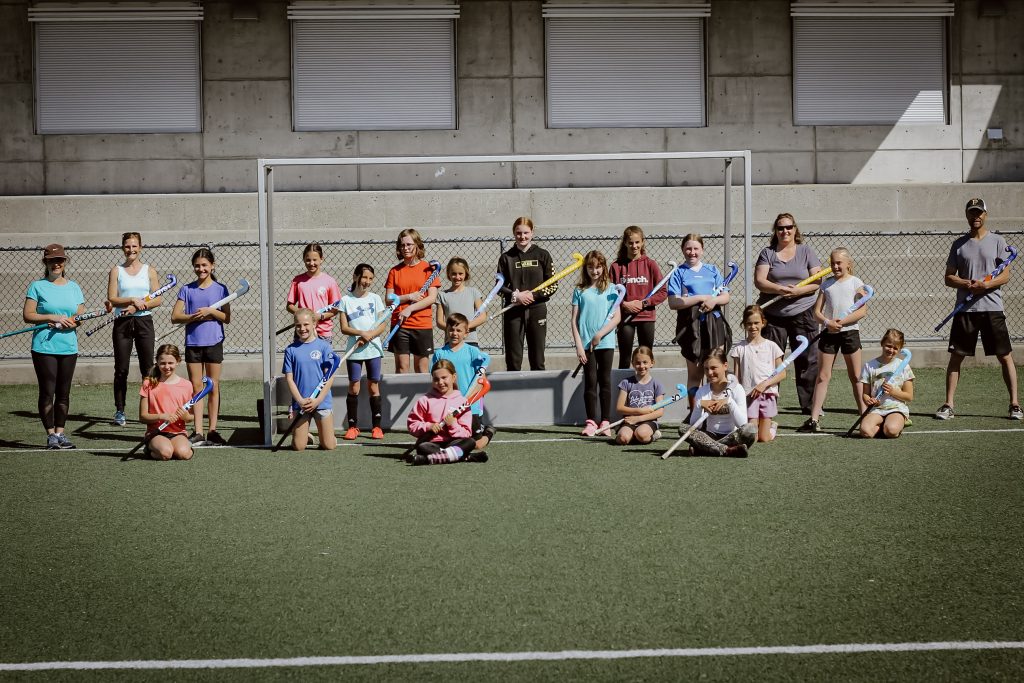 by Ali Baggott and FHBC Staff

For most when they talk about Vancouver Island hockey it’s often presumed to be about Victoria or Cowichan but one hockey Family is changing that. Long-time field hockey community members Andi Shannon and Giles Wheatley have, together, created their own pocket of junior hockey in Port Alberni, a less than 3-hour drive up island from Victoria.

The hockey couple are no strangers to field hockey in BC having both coached and played at a high level both on the island and in Vancouver. They relocated to Port Alberni, Shannon’s hometown, where they are raising their four children and, like the hockey builders they have always been, started a hockey community. That community took a big step recently becoming an official Field Hockey BC recognized society.

It would be an understatement to say that Andi and Giles are driving the resurrection of the sport in the Alberni Valley. “It’s not a league, but rather a number of age-based training groups”, Giles, whose twin brother Clive Wheatley is also actively involved in hockey in Victoria, explains. 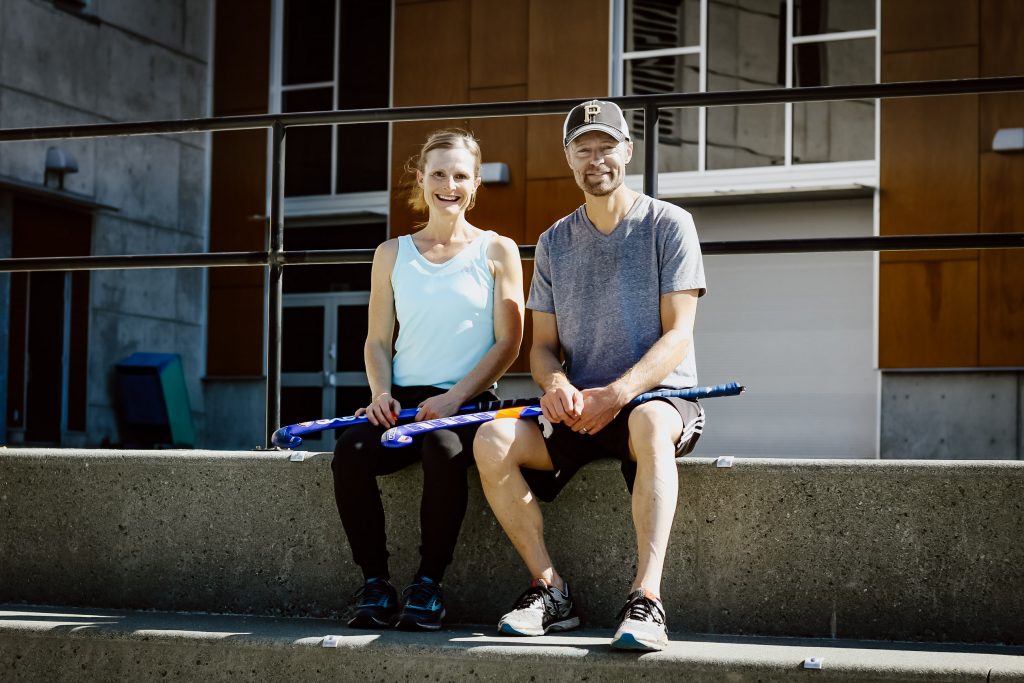 The pair of been a consistent presence to bring the sport to life every year since 2015. Their program is open to boys and girls aged 4-13 years and takes mirrors most provincial spring leagues, running from April to June.

“We aim to develop skill and technique, but the main idea is to give the kids a good time. They work in small groups and the focus is fun, be active, and build skills.” adds Andi, a former stalwart defender for the UBC Thunderbirds.

“Our strength is our volunteers,” Andi credits. “There is no way that Giles and I could do this on our own. We have people showing up, year after year, to put hours in each season, and we have so much gratitude for them. Our coaches and parent volunteers are outstanding including Dana, Karli, Amy, Lenora, Jason, Kristi, and Dave. We couldn’t do it without them.”

As the number of participants continued to increase, it only made sense to create the appropriate structure. Then, in 2020, the Alberni Field Hockey Association was officially registered as a society with the province and Field Hockey BC. 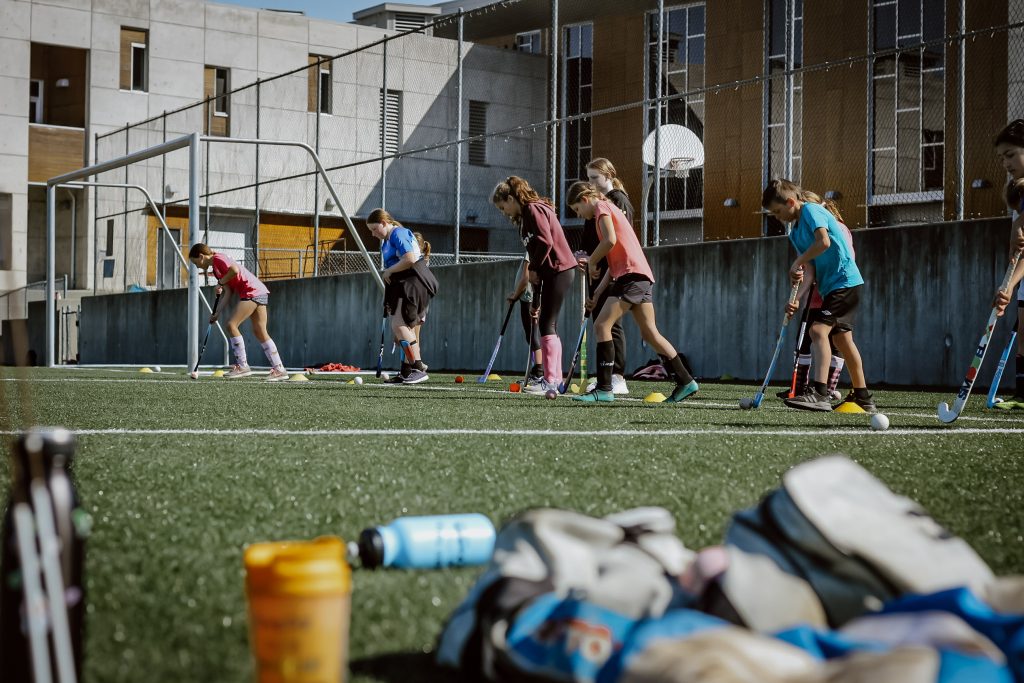 Most of the volunteer parents and coaches, including teachers from local schools, have a field hockey background from when they were young.

“There was a fair bit of field hockey in the Valley many years ago,” describes Giles. “I think they are all excited to be part of this rebirth too”.

There’s no doubt those volunteers have excellent mentors as both Giles and Andi were involved in Canadian national team programs as athletes and both coached provincially and, for Giles, at a national team level.

As Andi points out, “it is important for us to acknowledge the hockey that came before us, particularly my mom, Donna Shannon, my aunt, Cheryl Shannon, and the many other people who supported the junior programs and coached in the schools when I was a kid growing up.”

Through the 1980’s, there was a women’s league in the area with four teams competing regularly. “I spent many evenings on the side of a hockey pitch when I was young and played in the league when I was 13 through 17”, Andi remembers.

She also highlights the importance of names such as Jenny John, who dedicated her career to developing field hockey across British Columbia.

“Jenny was integral in supporting small programs throughout the province at that time. This centralized support allowed small programs to flourish and gave athletes from outside major centres an opportunity to play and compete.”

Andi grew up playing and coaching at school, being part of provincial and national squad, and even playing internationally, in the Netherlands and New Zealand. Giles had a similar career experience: played in Australia, England and Germany; coached the Junior Men’s National team and served on staff of the Senior Men and Women’s National programs at various opportunities.

Starting out in Port Alberni 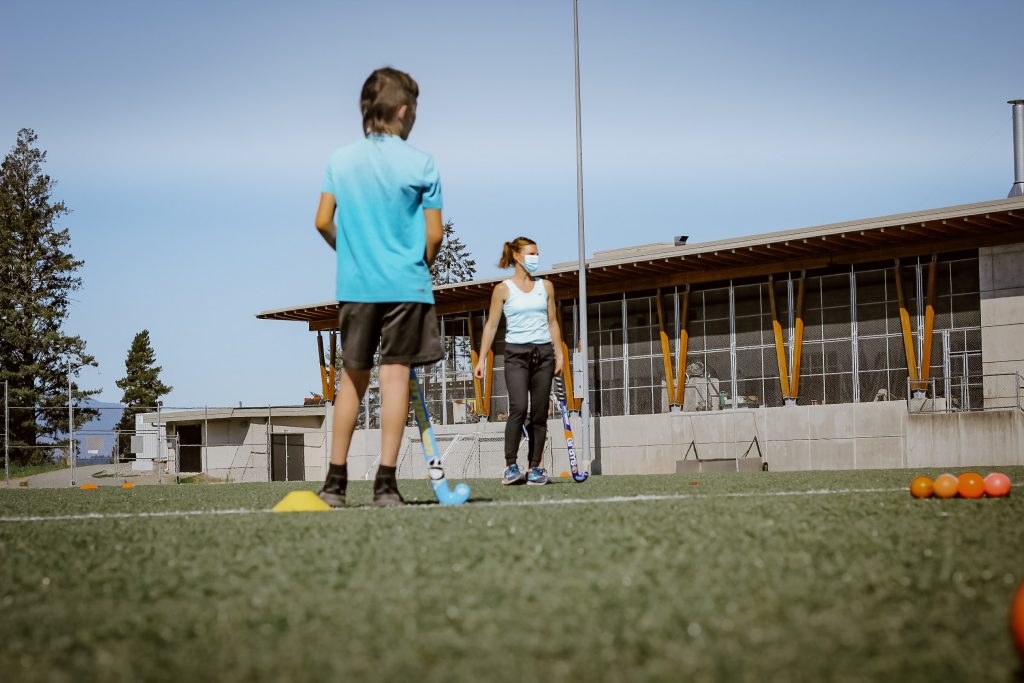 Andi and Giles moved to Port Alberni in 2007 to start their married life together.

“My life used to be dominated by field hockey for so many years; I put so much in but also got so much out,” Giles says. “Starting a family and being somewhat isolated from field hockey in Port Alberni resulted in an enforced break from all that.”

“Our lives revolved around field hockey for so long. To be away from that was hard. I especially missed playing with my club team in Vancouver, the Meralomas, and the high-performance coaching opportunities,” Andi adds.

As Andi remembers, “when we moved here, Giles still had some connection to the men’s national team and travelled – we had little kids and it was tough having him gone for a few weeks at a time – but hockey was so important to both of us that we didn’t want to give up any opportunities that came our way. For the first few years, I assistant coached a provincial team with Robin D’Abreo based in Vancouver that went on to represent Canada at the Pan Am Cup in Uruguay. We travelled with our 1-year-old, and there were practices where she was in a carrier while I coached. Eventually, we had to start to focus our time here in Port Alberni.”

They started to scratch that itch by bringing together their own children and some of their friends who were also interested in field hockey. With no more than 12 kids in their first year, they bought some sticks and balls, and put in the work.

As soccer season in Port Alberni ends in March, Andi and Giles scheduled their program to begin after that. “Our kids all play soccer and we both coach fairly extensively in that sport as well, so there is some cross-pollination,” Giles said.

Indeed, Saturday mornings in the spring proved to be “a lovely time to be out on a field” as Giles puts it, but the success also comes from the fact that the programs focused on being upbeat and friendly.

“Much of it is providing a fun program that is fairly inexpensive and doesn’t try to dominate anyone’s time too much”, he concludes. 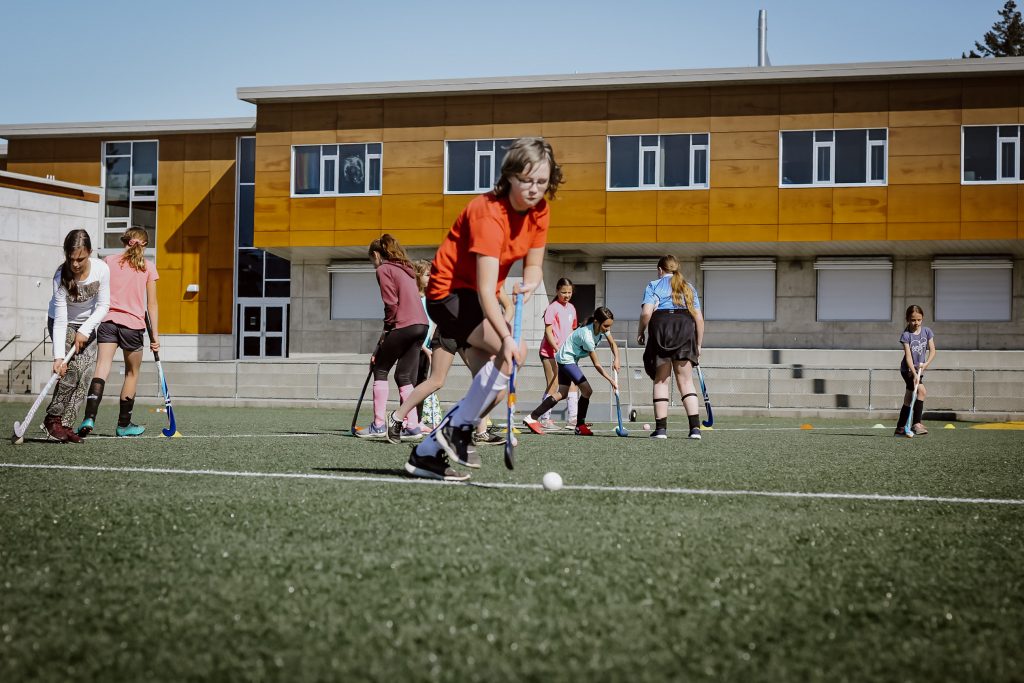 Andi and Giles are also striving to create competitive opportunities. Even though they have yet to leave Port Alberni to play against other clubs, particularly this past season due to the pandemic, the increasing interest from the local community keeps them motivated on expanding the program in size and scope.

“We were slated last year to compete in a few tournaments on the mainland and the BC U12 festival, but COVID restrictions curbed those activities”, says Andi. “My goal is to have a viable high school team as our kids get to that stage, to afford them some of the opportunities that hockey offered us.”

Since Port Alberni is located in the interior of Vancouver Island, any competition will involve travelling by one of the teams, and finding a viable way to arrange all that is the biggest challenge moving forward.

“It will take some willingness from bigger centres to find time to play us”, Andi points out. “We have already had offers to come to tournaments on the mainland, so we know that we will find a way!”

For Giles, in order to avoid constantly having to travel, the ideal is to take the most out of each time they go on the road.

“Both Andi and I spent immeasurable time travelling in order to participate in field hockey, so we go into this with our eyes open. We won’t travel weekly, but we’ll likely target events where we can get multiple games in.”

The community beyond the Island 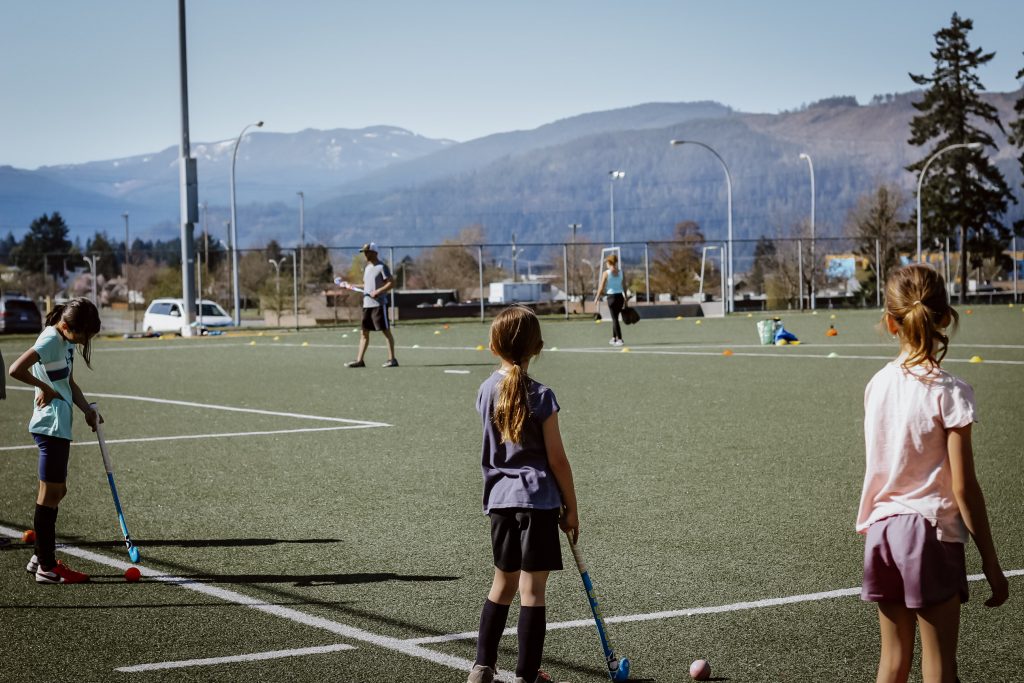 When talking about field hockey in Canada and particularly in BC, the word community somehow always comes up. Andi’s connections to her UBC, Meralomas and Vancouver days certainly have been critical to her ability to jumpstart hockey in Port Alberni. Andi credits former national team and UBC teammate Stephanie Nesbitt (née Hume) who shared practice plans from her work with the Hawks junior program.

“It would have taken me hours of time to also put together practice plans for our coaches and Stephanie’s generosity is an example of how we can all help each other grow the sport across the province,” Andi notes.

It certainly is up to the whole BC community to support each other and keep the sport growing in all corners of the province. Andi and Giles are certainly leading that charge.