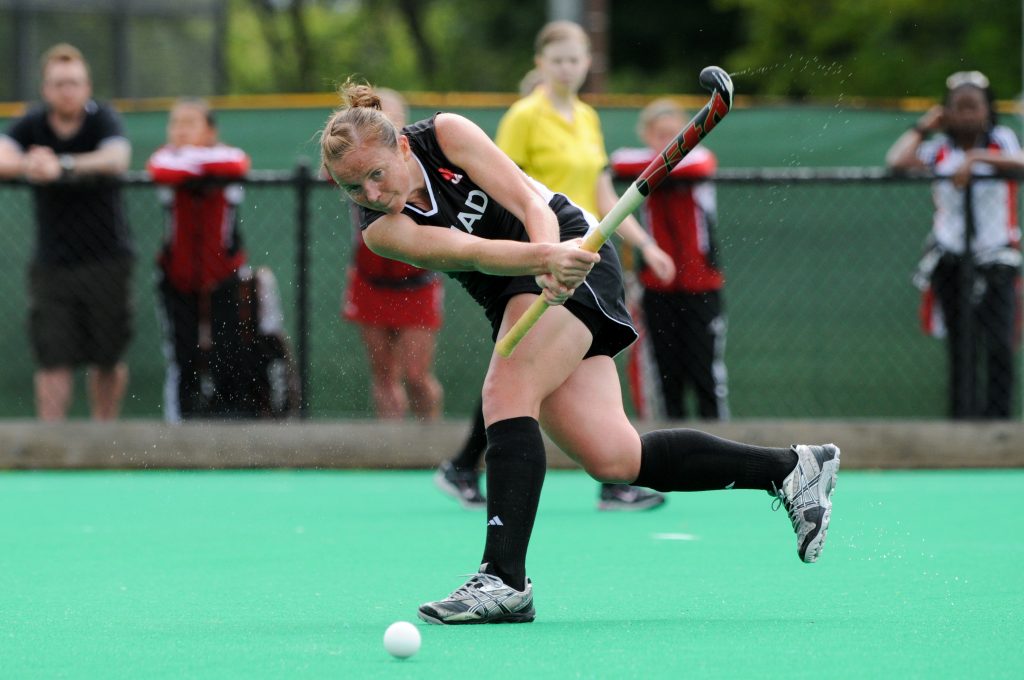 Stephanie Jameson in a game for Canada against Trinidad and Tobago hosted in Vancouver in 2011.

By Ali Baggott, for Field Hockey BC

There are very few field hockey members in British Columbia who have gone on through their hockey journey without meeting a Jameson in one way or another. Stephanie Jameson and her siblings Dave Jameson and Katie Jameson have all been inter-twined in provincial, university and/or national team field hockey and the Vancouver-based hockey family’s leaders Morley and Sue Jameson are long-time contributors to the hockey community. Mom Sue was also a member of Canada’s national program, as was brother Dave. Whether you were a teammate, a coach, waving to one of them at the technical table or engaging with them through their many volunteer facets with hockey in B.C. you were always bound to run in to one of them. It’s the Jameson way.

“For the Jameson family, sport is a way of life”, stated Stephanie, who held the women’s national team’s all-time cap record of 168 internationals from 2012 to 2017. “Growing up, my brother, sister and I were very active. We played as many different sports as we possibly could and just loved to play. That comes from both of my parents being great athletes. The other part of it is that from a very young age, both of my parents were heavily involved in volunteering. So, growing up, not only did I love to play but I saw in both my parents how they role modeled, how important it is to give back to the sports that you love and try to be part of shaping the future of those sports.” 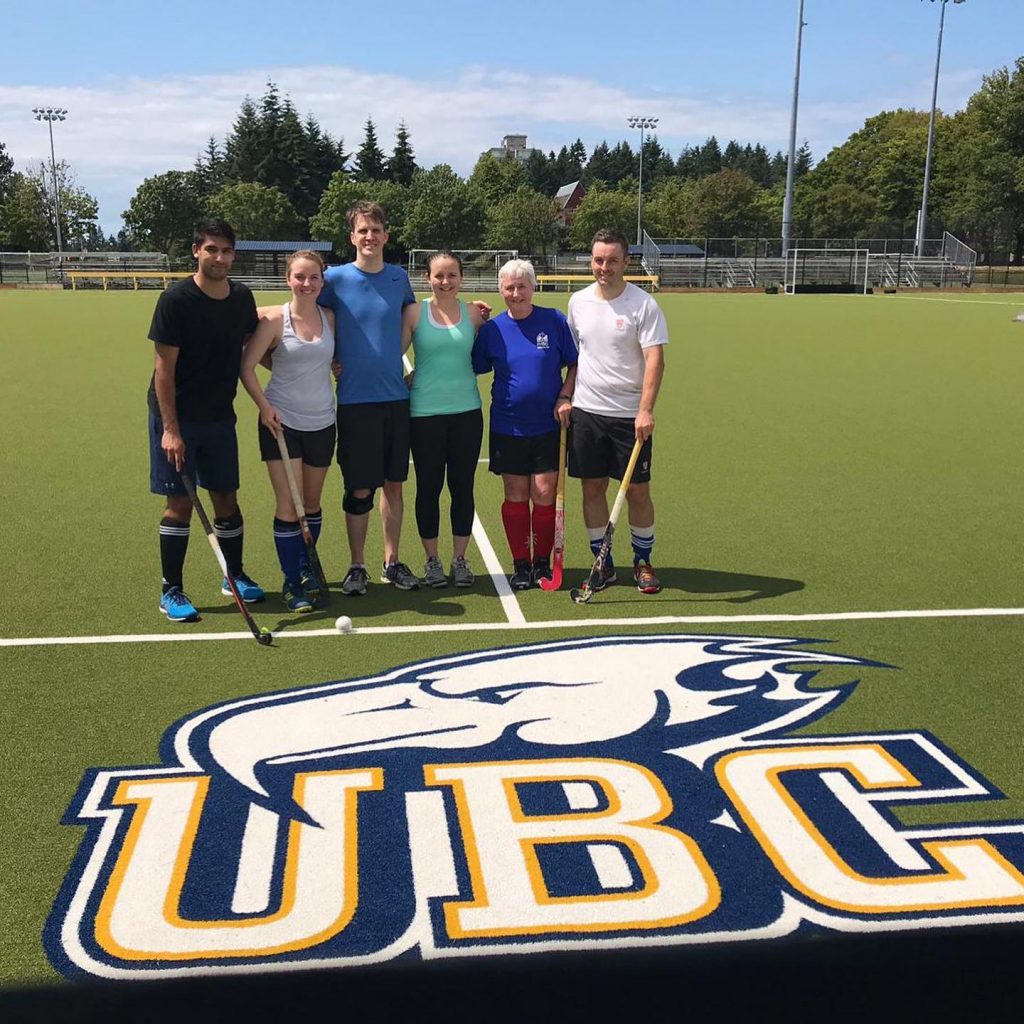 Previously, Stephanie held two different roles with Field Hockey BC (FHBC), first as an administrative assistant right after university and then years later as a high-performance program assistant. Stephanie’s mom, Sue, works as the FHBC accounts manager, while her sister, Katie, recently joined the team as the FHBC Athlete Program and Sport Development Manager. Brother, Dave, has been involved as an athlete and coach in various programs while dad, Morley, is always contributing including being the long-time organizer and editor of the FHBC Cornershot Annual Newsletter. 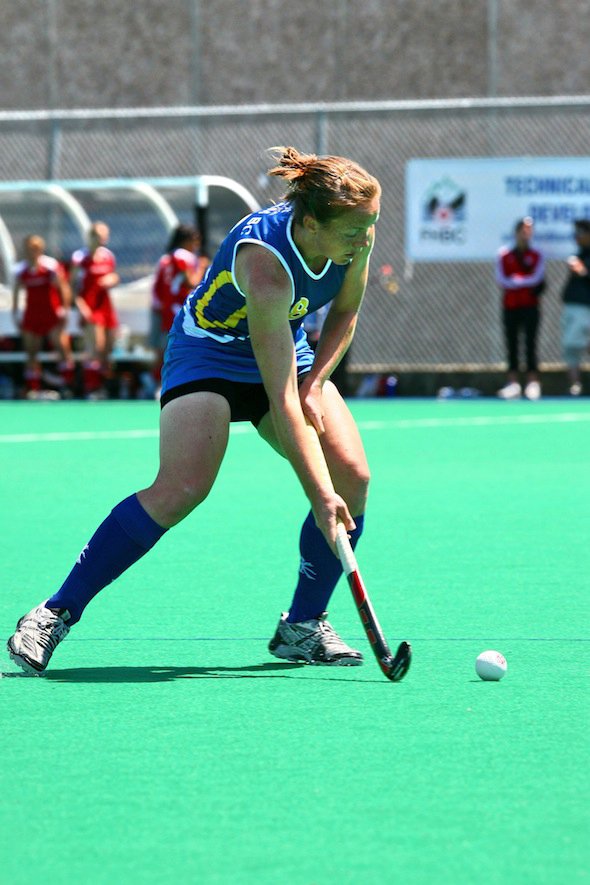 “Both of those roles solidified for me that I definitely did want to work in sport so that was great,” credited Stephanie about her time working at FHBC. “I really credit working with Dallas Plensky (at FHBC) because she showed me the importance of thinking about the bigger picture and a longer-term system view. I think then in my career I was sucked into the details about teams, tournaments and programs and she was good at considering what policies needed to be in place, so we had a really robust program structure. She made sure FHBC was thinking about what was going to be best for developing our athletes over the short and longer term.”

Since her time working at FHBC, Stephanie gained some critical experience in Northern Ireland before relocating to Toronto to work with the Canadian Sport Institute Ontario (CSIO). Stephanie’s move to Northern Ireland was where she earned her Master of Science from the University of Ulster with a specialization in sport management.

“When I was in Northern Ireland I was able to reconnect with Jo Hopkins who I consider a great friend and mentor,” said Jameson, pointing out yet another B.C. field hockey connection. “I’ve known Jo since I was playing at UBC and then through her many roles with hockey in B.C. Jo was the head of performance planning at the sports institute in Northern Ireland and I had the opportunity to work under her as a performance planning coordinator in conjunction with my Masters. I think a lot of my career since then has been enabled because of the work I did with Jo. She has taught me a lot not only on technical athlete and coach development but also just learning so much more about myself.”

From East to West

After earning some valuable experience in Northern Ireland, Stephanie landed an exciting role managing performance services at the Canadian Sports Institute Ontario working with a variety of sports and programs. Through her time there she found value in growing all sports.

“Sport is sport for the most part,” said Stephanie in response to leading a men’s NextGen program for FHC. “For me, athlete development and sport doesn’t matter what gender. I was looking for a way to get back involved in a particular sport after having spent so much time working in an institute setting working with a variety of sports so it seemed like a perfect opportunity. Obviously, I love field hockey, too, so it is a great fit.”

It’s a sweet return home for Stephanie, who in her nine years away also met her now husband and the couple recently had their first child.

“I am excited to be back in Vancouver,” added the UBC grad. “I have grown a lot, personally and professionally, since I left so I wouldn’t trade those experiences for the world. I’ve certainly been looking forward to coming home though and enjoying all that the west coast has to offer and being close to my family.” 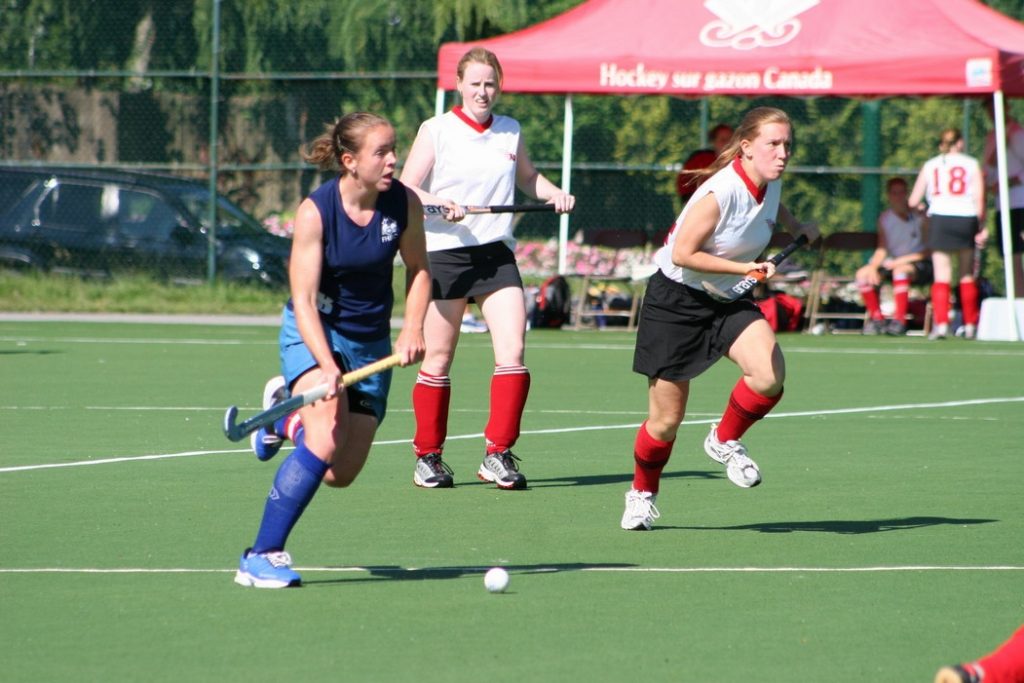 How an athlete career prepares you

There’s so much stigma around what it takes to be a high performance or national team athlete and what you must give up. For Stephanie, who spent 10 years on the Canadian women’s national team it wasn’t all hockey all the time and that paid off.

“While you are still training, competing and focusing on your athletic career, I think it’s really important to find balance in your life,” advised Stephanie. “There can be a lot of pressure for elite athletes to have it be all or nothing and be 100 per cent focused on your athletic career but there is actually a lot of emerging research stating that athletes that are more balanced actually perform better. For me, looking back, I was happiest when I was not only competing but also was either at university or working and I had other interests outside of sport.”

That balance can help you prepare for the next step when you are planning your exit from athlete career and entry to professional career.

“In terms of your athletic career preparing you for a career post-sport, it’s well documented that varsity and elite athletes are strong in time management, organization, can set goals and work hard and achieve those goals but I also think as field hockey players we have the added advantage that we are part of a team sport,” highlighted Stephanie. “There are so many opportunities within a team sport to understand how to work with other people, how to build relationships, how to get along and function well with people you don’t see eye to eye with. For me, I’ve noticed that as a professional now there are a lot of built-in experiences that I had while playing on a team that I can look back on and draw from. It’s really helped me to collaborate with others in my career.” 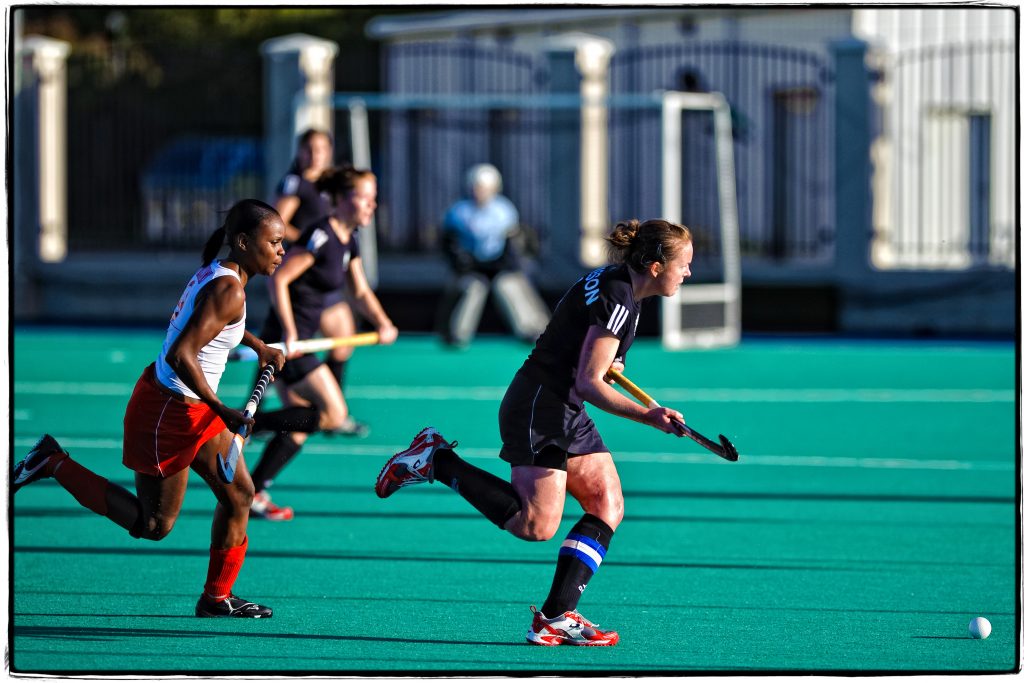 Stephanie Jameson dawning the captain’s band in a game for team Canada.

Working together to grow hockey

Bringing experience from hockey in Ireland, sport and hockey in Ontario and her long-time involvement in hockey and sport in B.C., Stephanie seems well positioned to bring a unique lens and incredible amount of experience to her new Field Hockey Canada role. There’s no doubt that she has analyzed what that means for B.C. and field hockey across the country.

“B.C. has certainly been a strong hockey contributor in Canada for a long time and that’s obviously due to the volume of players but also the quality of players, coaches, officials and system builders,” credits Stephanie, who came through that system as a player, coach, volunteer and admin. “Something I think about a lot is that there are a lot of layers to field hockey in B.C. and I think we are all at our best when roles and responsibilities across all stakeholders are clear. Also, all stakeholders need to feel they have a meaningful part to play within the system.”

“That’s something that I’m really committed to bringing to my nation-wide role moving forward. I want to make sure everyone within the system understands how they fit in and what value they bring. I think my varied experience over the last number of years has given me better perspective and allows me to look at what we do with Field Hockey Canada through different lenses which will help to strengthen the programming that we put forward.”