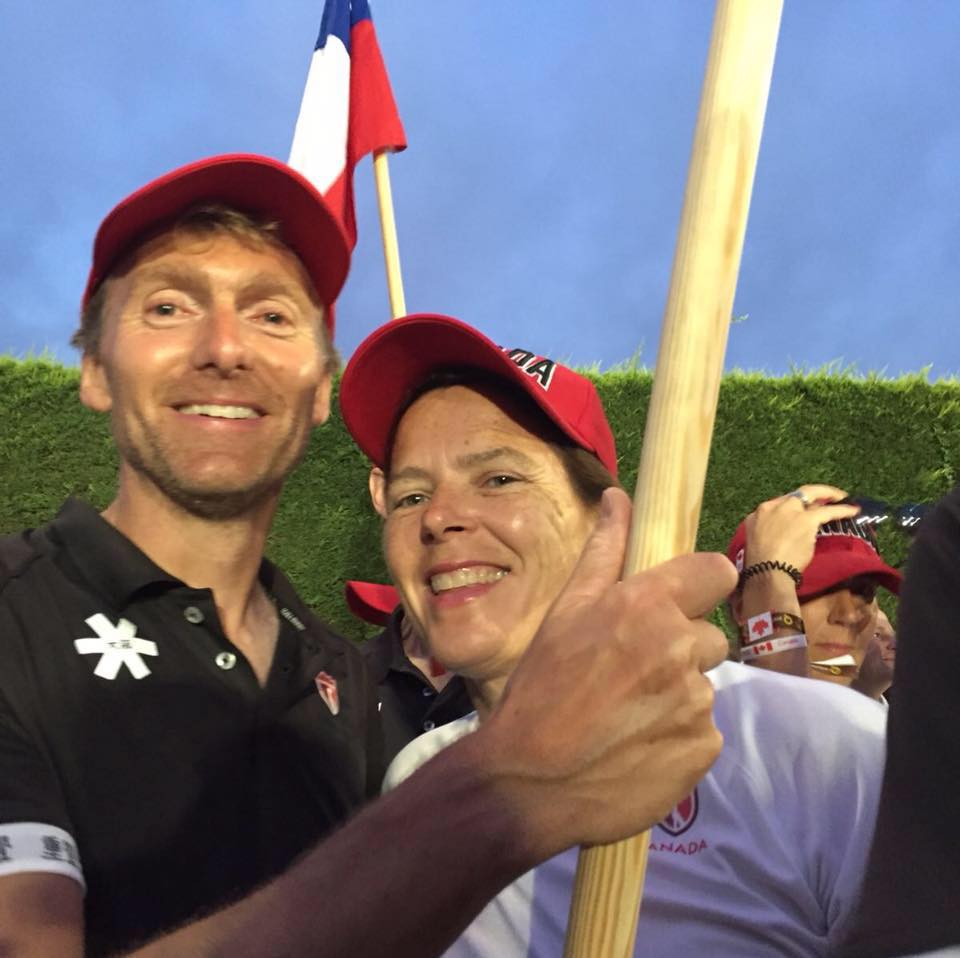 Heather and Clive Wheatley, from Victoria, are members of the Victoria Rebels and have both represented the Canadian 50+ in the 2018 Barcelona World Masters, being flag barriers at the opening ceremony. Heather also played in the 2019 Hong Kong Indoor Masters over 45’s.

“Representing Team Canada and the opportunity to wear our country’s colours at an international tournament was surreal and a life time event”. Aside from being the flag barrier at the opening ceremonies along with her husband, Clive, Heather also fondly remembers “setting up my sister, Sharon Rajaraman, for our first goal…a tournament I will never forget!”

“As we grow our Masters programs, we will have more age categories representing Canada at these events. I encourage others to join from across the country for the upcoming indoor and outdoor teams.

Additionally to playing for the Rebels in Victoria, Heather is also on the Wildcats Premier team. In order to continue to play competitively, she has been working hard and staying fit, which has allowed her to enjoy some special moments and cultivate old and new friendships.

Representing Team Canada in the 50s division at the 2018 Barcelona World Masters was a an experience Clive will never forget. “We all recognized it was an honour and privilege to be representing our country and gave it everything we had in the 35 degree heat.”

The tournament, hosted by Club Egara from Terrassa, had 16 countries competing in the 50+ division. “. It was eye-opening to see the quality of international masters hockey.”

Although Clive had higher expectations than the 14th place finish, he enjoyed his time in Spain making new friends and sharing the moment with his wife, Heather. “Carrying the Canadian flag with her at the opening ceremony was the most memorable moment for me.”

Reaching the Canadian Masters team wasn’t an easy task. is a competitive selection process to qualify for the team, requiring players to stay fit a keeping their skills sharp. “I am super motivated to try out for the team again and represent Canada in Cape Town, South Africa – the Masters World Cup, originally scheduled for 2020, was postponed until 2022 –, and encourage anyone to give it a go!”