Field Hockey BC would like to invite our members to attend the Athlete Evaluation Methodology Webinar on May 13th. The purpose of this webinar is to help our community understand how athletes are evaluated in a high performance talent identification setting.

This webinar is targeted at Club Coaching Leads, especially those who may be looking to nominate Club athletes to FHBC’s talent identification program, or any FHBC Member interested in learning more about the evaluation process.

As a large percentage of BC Community Clubs across the Province return to youth programming this spring and summer, FHBC hopes that such a webinar will assist Club Coaches to consider the talent identification evaluation matrix when implementing seasonal lesson plans.

When: Thursday May 13th, 7:00pm via Zoom
Registration deadline: May 12th

This webinar is open to anyone that is interested in attending.
Club coaches are strongly encouraged to attend.

New travel restrictions have been announced this Friday, April 23, and should last until May 25. Field Hockey BC is working alongside other sport organizations to get specific clarification from the Provincial Health authorities on how these restrictions will affect the sport sector. For the time being, we encourage our members to stay local and stay within your community.

As stated on the BC Government’s website, “The order combines B.C.’s five health authorities into three regions of the province. Travel into and out of the regions for non-essential reasons is not allowed and is now prohibited by law.”

The three regions are:

More information about the new PHO Order and reasons for essential travel can be found here: https://www2.gov.bc.ca/gov/content/covid-19/travel/current#advisory 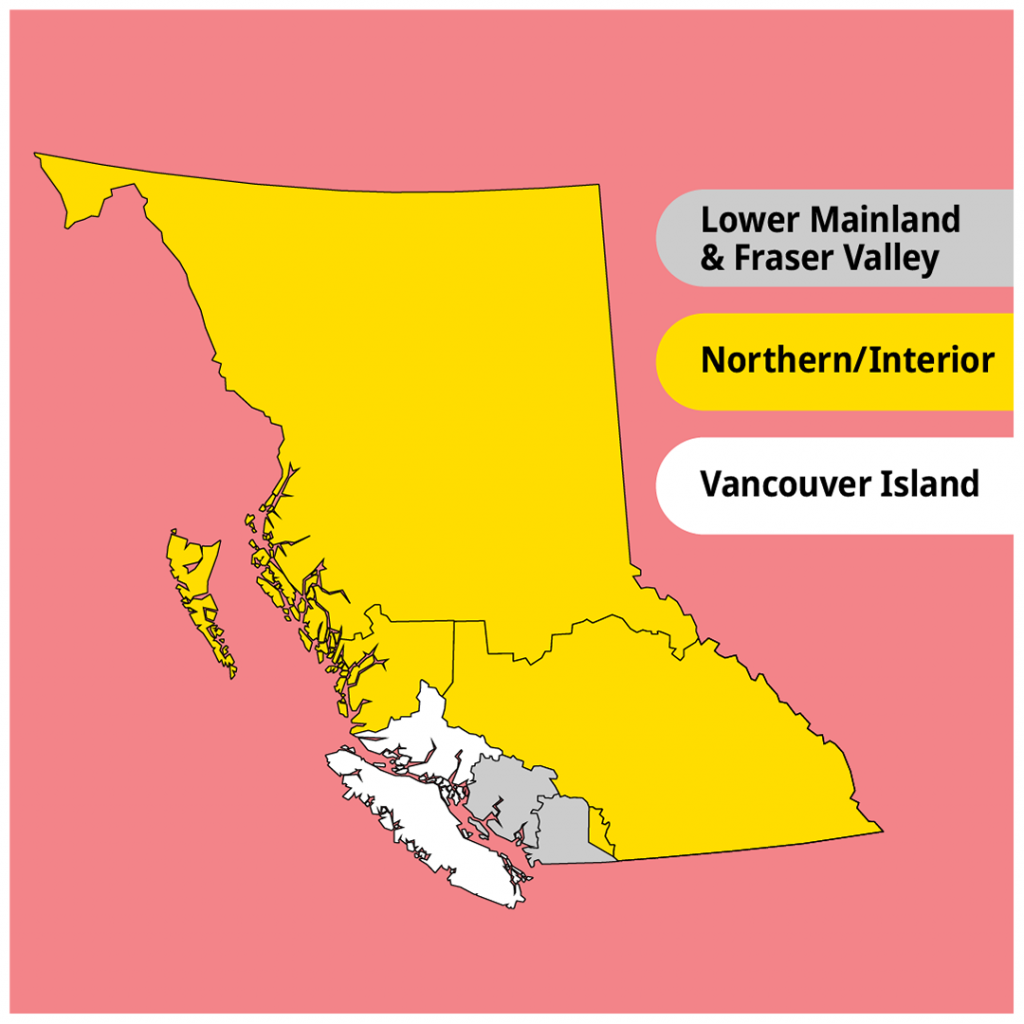 THE VICTORIA PROGRAM IS FULL. SPOTS ARE ONLY AVAILABLE FOR THE PROGRAM IN DUNCAN.

Registration is now open for our 6-week Island Technical Development Spring program. These programs are open to male and female athletes born in 2003, 2004, 2005 & 2006.

The program details are as follows:

The deadline to register is Friday, April 30th. However, please note that registration is limited to maintain an athlete to coach ratio of 8:1, and will be on a first come-first served basis.

These programs will continue to follow viaSport’s Return to Sport Phase 2 guidance and FHBC’s Responsible Return to Play guidelines to ensure the health and safety of all participants. Full physical distancing (3 metres) will be maintained throughout the program.

If you have any questions, please contact Katie Jameson at katie@fieldhockeybritishcolumbia.com.

On March 25th, 2021, Sport BC hosted virtually its 54th Annual Athlete of the Year Award, and Field Hockey BC is proud to celebrate two members of our community who were recognized during the ceremony. Scott Tupper won Male Athlete of the Year, and John McBryde was among the recipients of the Presidents’ Awards, given to volunteers who demonstrate the spirit of volunteerism through their dedication and commitment given to sport. 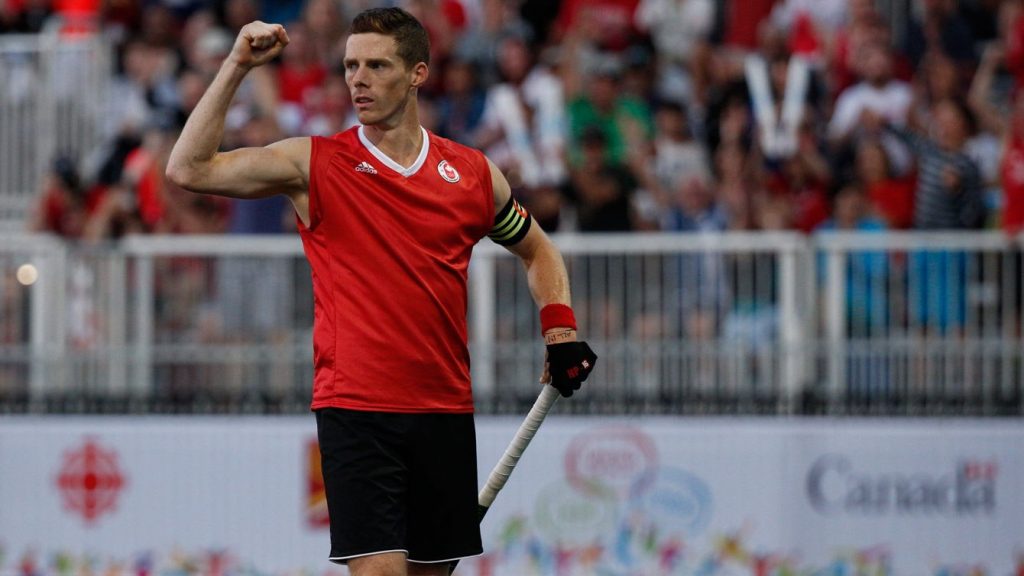 The Man’s National Team had a great 2019 season that surely played into Tupper’s being chosen as Male Athlete of the Year. As captain, he played a leading role in the FIH Series win in Malaysia, and again in the victory against Ireland at the Olympic Qualifier, which gained Canada a spot in the Tokyo Olympics.

“Any time you receive an individual award, it’s usually indicative of some team success (…) having played a role on those, I think that contributed to my nomination”, Scott says. “It’s always nice to get recognition, both personally and for our team. I’m flattered to have been chosen, and am happy that it shines a light on the field hockey community as well.”

Tupper expects that one of the positive impacts of such an award is encouraging more kids to choose field hockey as their sport. To those who aspire to reach the National Team one day, his message is simple: “Enjoy playing the game, try to watch as much high level hockey as you can, and spend time on the turf!”

Currently coaching at the collegiate level in the United States, Scott is looking forward to continuing on this path in the upcoming years, once his playing career reaches an end. “I love coaching the game and am excited to continue in the sport, albeit in a slightly different role. I imagine I’ll remain closely connected to Canadian hockey and look forward to helping out in whatever capacity I can, both provincially and nationally.”

For now, he and his teammates are looking forward to the Tokyo Olympics in July. “I expect us to be competitive with everyone in our pool and to make everyone at home proud of our performance”. The competition was postponed from last year, and it will be a tough return to competing at the top level after such a long break. The 12 teams are divided in two groups; Canada is group B and will face Belgium, Germany, Great Britain, Netherlands and South Africa. The top four of each group will move on to the Knockout Stage. 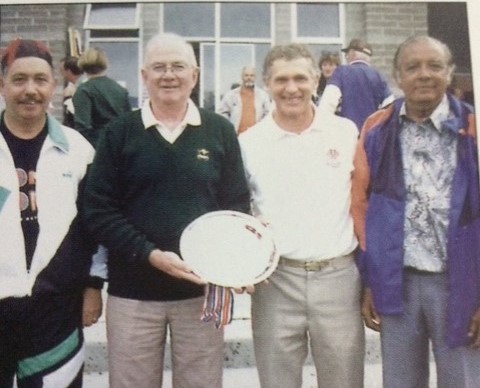 Having enjoyed over 70 years of participation in field hockey, John McBryde was recognized by Sport BC for his volunteer work with the Vancouver Hawks Field Hockey Club. “I was honoured to accept (the award) on behalf of the myriad of volunteers, those unsung heroes, who devote their time and energy with great dedication for the world-wide amateur sport of Field Hockey.”

Born in Maryborough, Australia, McBryde played for the Australian National Team in the 1960 and 1964 Olympics, winning the bronze medal in Tokyo. He moved to Canada in the late 60s to coach the Canadian Men’s National Team, and has remained dedicated to the development of field hockey in our community.

John says that simply to witness the enthusiasm and degree of enjoyment of the players is an intrinsic reward of volunteering, be it as a coach, umpire, administrator, or assisting in the organization of tournaments. “A second and higher degree of even greater satisfaction, is to see those players 10, 20 or 30 years later giving back to the game through their own dedication… for the benefit of future generations.”

As a volunteer, it is important to ensure the safety of players and, within one’s capabilities, to provide the highest degree or rewarding experiences, while “at the same time, inculcating a keen sense of camaraderie and sportsmanship”, he adds. “If, in doing so, one inspires players with an ethos to “give back” to the game when their turn comes, that is an added bonus.”

FHBC asked John to share a memorable moment of his volunteering experience. Here is the story, as told by McBryde himself:

“There have been many! But one particular incident which stands out pertains to a period spanning about a decade many years ago when I coached Vancouver Hawks Under-21 Teams in a BC Junior League of six Club Teams. After playing a 10-week season comprising two round-robins of weekly matches, the season culminated in a BC Championship.

It had always be my policy to promise the players who had committed themselves to attend weekly practice sessions and match competition, that no matter how important a particular match might be, I assured them that all players would get equitable pitch-time irrespective of ability. The players themselves bought into this policy.

In the first few years, whilst performing creditably, the Hawks Team did not make it through to the BC Finals. but then one season, for the first time, the Team qualified for the Finals. It was against a very strong team whose coach had a policy of playing his top team throughout in the Finals, meaning that 3-4 players in his roster sat on the sideline for the duration of the game. Our opposition won a well-contested Final match by a comfortable margin.

The following season was a repeat scenario. For the second consecutive year, our two teams met in the BC Finals; again with the same respective policies of player participation. The Final was a cracking tightly contested match.

With just minutes left to play in regular time, the score stood at 2-2. At that stage of the game, it happened that our weakest player was on the pitch for his shift, playing in a strike forward position. Hawks was enduring a period of sustained pressure before emerging out of defense with a counter-attack in which our weakest player ended up with the ball just inside the opposition circle. His somewhat unorthodox shot beat the Goal Keeper and suddenly the ball was in the back of the net. With just moments left in the game, that proved to be the winning goal. I have seldom witnessed the pride and joy which our team derived from that famous victory!”

Spots are limited, and will be on a first-come, first-served basis. The deadline to apply is Sunday, April 18th at 11:59pm.

Coaches that have no formal training, as well as coaches who have already completed most of their NCCP requirements, are welcome in this cohort.

Please access this document for more information on the Cohort, as well as the requirements for Certification at the Competition-Introduction level.

If you have any questions about the Cohort program or specific questions about coach’s qualifications, please contact Katie Jameson at sportdevelopment@fieldhockeybc.com.

FHBC is seeking to identify and select an independent, qualified consultant to undertake the following tasks:

The result of the organizational review will provide FHBC a framework to improve our effectiveness, both highlighting our successful processes and identifying areas for improvement with recommendations based upon specific fact gathering within the FHBC partner framework network and best practices from similar organizations.

For more detail including information pertinent to proposal preparation and schedule of events, please refer to the Organizational Review RFP document.