FHBC is offering an online Provincial Umpire Course through Zoom. This course is open to all Community and aspiring umpires. Please see below for full details:

There will be two 3-hour Zoom sessions followed by an online exam. To register for this course, please click here. Visit the Umpire Education page on our website for more information.

Field Hockey BC has partnered with viaSport BC to offer two Make Ethical Decisions coaching courses in March. This course helps coaches determine what to do in challenging situations. It is recommended that all coaches take this course. FHBC is currently subsidizing the cost of this course for all FHBC members. Don’t miss out on this great opportunity!

Please contact our Athlete Program and Sport Development Manager, Katie Jameson, at sportdevelopment@fieldhockeybc.com for registration information or to inquire about coaching courses. 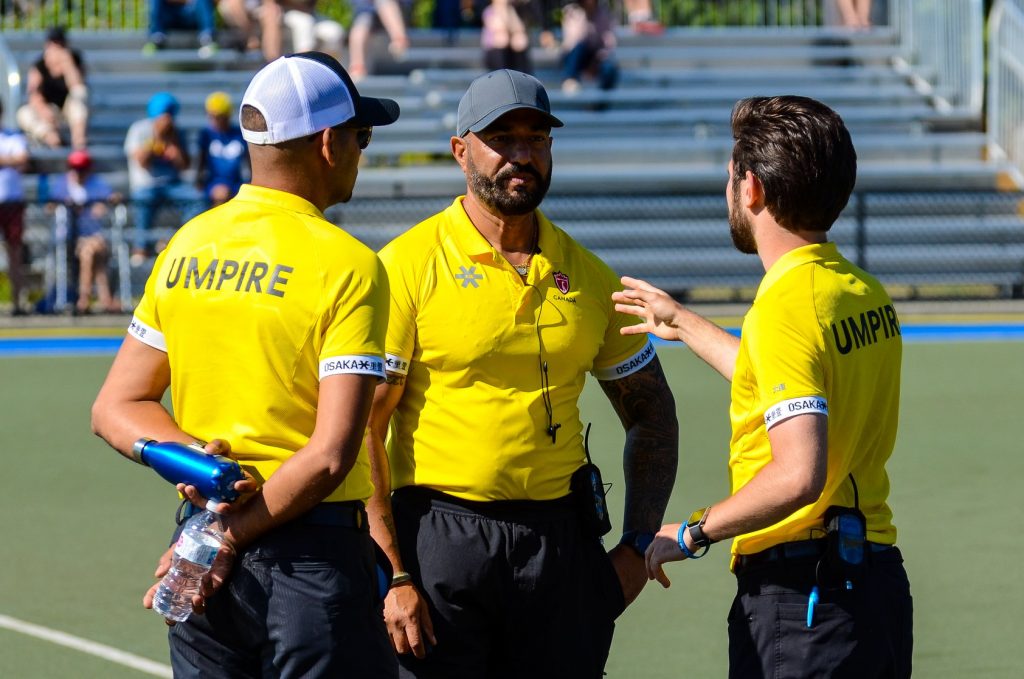 The online course will be unavailable while these curriculum updates are being conducted. All umpire candidates currently in progress must complete their lesson and exam by Friday, February 19th, 2021.

It is a bittersweet moment as the Field Hockey BC governance and staff team say goodbye to Madge Johnson and Brian Groos.

Following the recent 2021 Annual General Meeting, both Madge and Brian stepped down from the FHBC Board of Directors after a herculean term in governance support of field hockey across BC. We can only be thankful for everything they have done for our sport and our organization. 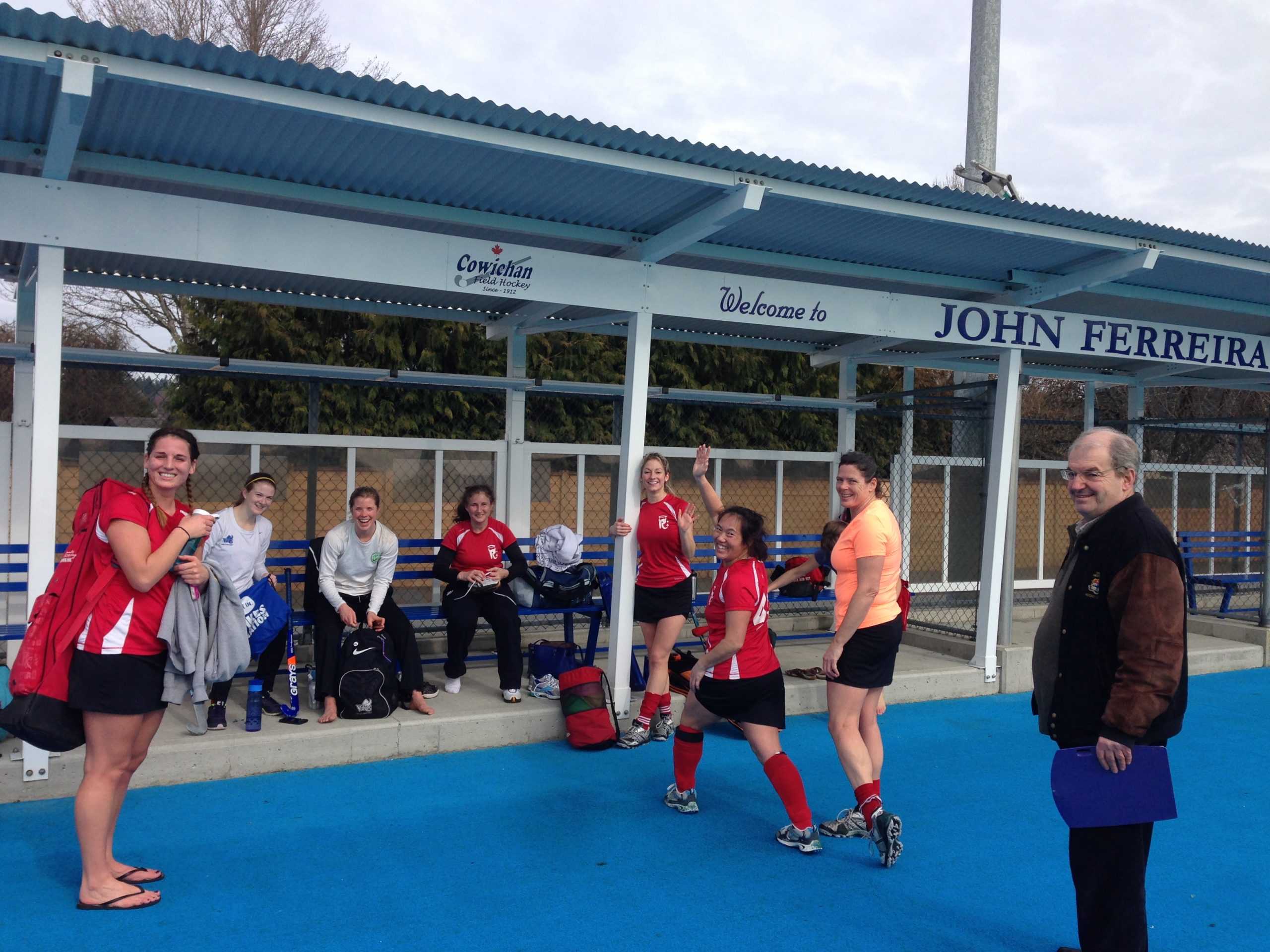 Brian joined the FHBC Board in 2005 and has worked with several lineups of Board colleagues and FHBC staff, devoting his time to the role of Marketing Director for over 15 years.

His playing career started at Brentwood College School and then in Victoria playing for the Oak Bay Castaways. Brian fell into coaching while studying at Queen’s University and, “thanks to Gail Wilson, this was followed by three years as coach of some memorable players on the UBC JV’s”, he added.

Brian headed off to work in Brussels for more than a decade and also worked for two years for the Sydney Olympics. “I was fortunate enough to spend time studying and working outside of BC, where I found my hockey stick proved a perfect tool to open doors and meet people.”

Later, his hockey days resumed to Victoria, first as coach of the Saanich Strikers and, since the early 2000’s, as a coach of the Rebels Patriots. “As with most hockey things these days, we’ll see what the future looks like once the pandemic is over.” 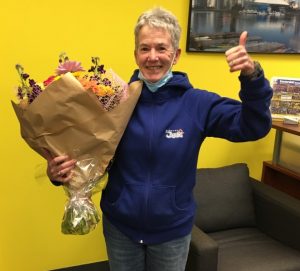 In 2005 the BC Women’s Field Hockey Federation (BCWFHF) and BC Field Hockey Association (BCFHA) amalgamated to form FHBC, and Madge was duly elected to the role of FHBC President serving three full terms as President before stepping down (briefly) and returning to the FHBC Governance Team as Vice-President, a position held until this year.

Overall, Madge has been an Executive Member with both BCWFHF and FHBC for over 26 years. Being involved as a player since 1973 – always as a Goalie – she played internationally for Canada from 1978 to 1981.

Later on, Madge started umpiring and obtained her International Badge in 1992. She still umpires in the Vancouver Women’s and Junior Leagues and is involved in mentoring new aspiring umpires. From 1989 to 2014, Madge also represented Canada as an International Technical Official.

FHBC appreciates everything Madge and Brian have done to bring national and provincial field hockey to the level it is today. We are certain that they will remain active and important members of our community. 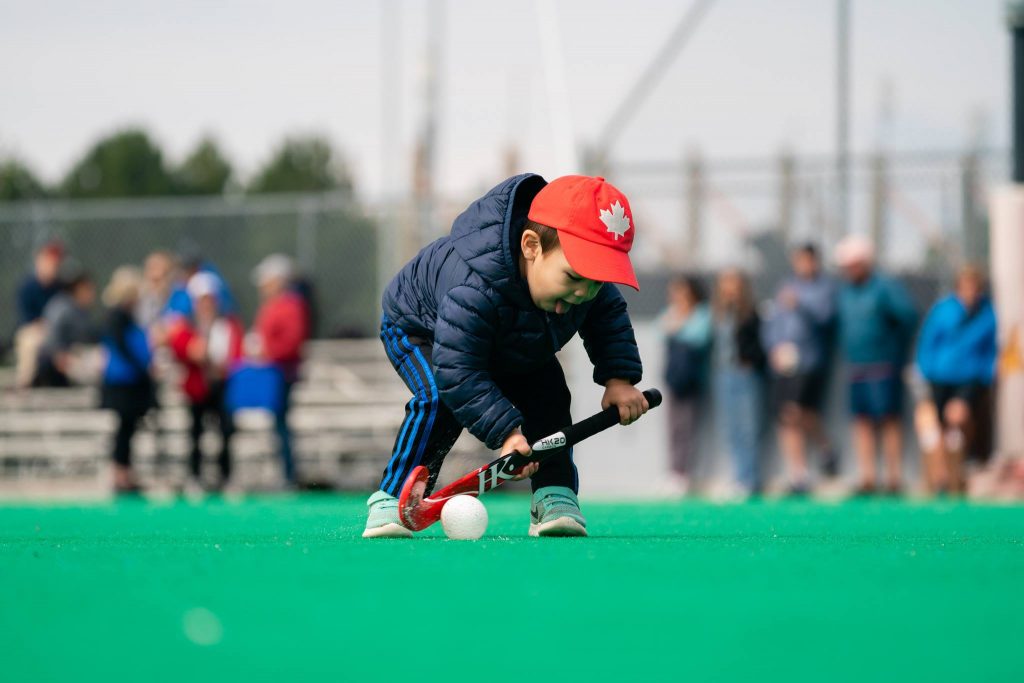 The Victoria Junior Field Hockey Association announced that the 2021 Junior League season will be running from April 10 to June 20, 2021 for all ages U6 to U18 boys and girls at the University of Victoria. The league organizers have been working hard to ensure that there is a safe training environment that still has the same fun and learning as a typical season.

Registration will open Friday, February 12 at 7:00 a.m. and it will be first-come, first-served.

There are a number of modifications for this year’s season in order to follow the Public Health Officer’s guidelines for youth sport. Most notably, this season’s plan is to run the season in accordance with Field Hockey BC and ViaSport’s Stage 1 Return to Play Framework. This means that participants will be focusing more on technical skills and skill games that take place with physical distancing from others at all times. The biggest change is that there will be no game days and no games at the end of practice.

In addition, there will be no spectators allowed in or around the facility except for the Kindies (age 5-6) age group which will require a parent per participant for each session. The numbers of participants per age group this year is somewhat lower than previous years to ensure that field maximums are followed.

The full details of what to expect this season are listed here. Mark your calendars and register online at the below link starting at 7:00 am on Friday, Feb. 12: https://victoriajuniorfieldhockey.spappz.com/register

If you would like to join as a volunteer lead or assistant coach please fill out this form or e-mail Ali Baggott (alilee05@gmail.com) for more details.