Field Hockey BC is now accepting applications for the role of Provincial Head Coach and Provincial Assistant Coach for the 2021 Field Hockey Canada National Championships in Ontario in July.

To assist with your application, please refer to the following documents:

In preparation for the upcoming Field Hockey BC Annual General Meeting on February 10th, 2021 (6.30pm), the Field Hockey BC Board of Directors and Staff wish to reach out to inform the membership that the 2021 AGM will be hosted in a VIRTUAL capacity utilizing both video conference and web-based voting technology.

Given the current restrictions imposed on group gatherings by the BC Public Health Office, the expectation is that an in-person hosted AGM will neither be possible nor appropriate in February 2021. As a result, FHBC is providing a series of advance notices to membership beginning with this communique outlining a calendar timeframe for the submission of information and documentation ahead of a virtual AGM:

The timeline above recognizes the level of complexity required when considering a virtually hosted AGM and in particular sets realistic submission deadlines designed to enable FHBC to pre-load election, motion, and voting detail into the supporting technology. Once such detail has been pre-loaded sufficient time remains for FHBC to communicate with members (most specifically voting members) as to how such technology will be utilized both in advance of and at the AGM.

FHBC intends to provide similar AGM updates/reminders scheduled for membership dissemination on January 4, 2021; January 20, 2021; and January 25, 2021. Each AGM update is intended to provide guidance as to due process ahead of pertinent calendar deadlines.

This first AGM notice provides the opportunity to introduce due process for nominations to the FHBC Board of Directors:

FHBC Board of Director Nominations

The following four FHBC Board of Director positions are up for election in 2021:

FHBC has posted the terms of reference for each position above and the applicable nomination form in the Annual General Meeting page of the FHBC website www.fieldhockeybc.com/annual-general-meeting-agm/.  To nominate an individual for any of the Board of Director positions above, please complete a nomination form and return the form by January 18, 2020 to info@fieldhockeybc.com.
A reminder will be included in the January 4, 2021 update to follow.

In the meantime, please do not hesitate to reach out and contact us at info@fieldhockeybc.com should you have any questions regarding the 2021 FHBC AGM. 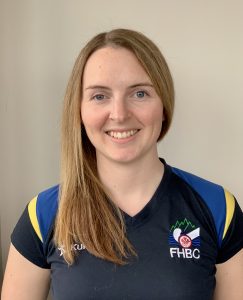 Katie is returning to Field Hockey BC after working for 3 years at viaSport BC in the Sport Development Department. She is excited to come back to Field Hockey BC with a deeper knowledge of the Provincial Sport System and extensive experience with coach education and the NCCP.

Katie has deep roots in the field hockey community. She previously worked for our organization as the Member Services and Communications Coordinator and as an intern while she was in University.

She has also played field hockey for most of her life, and was an athlete in our Regional and Provincial programs when she was a teenager.

Katie went on to play field hockey at the University of British Columbia, where she won 4 CIS Championship titles. She now plays recreationally in the Vancouver Women’s Field Hockey Association and volunteers with her club.

Field Hockey BC would like to begin an organizational review. We are looking for 2 additions to the existing committee that will be handling the RFP process to select an outside contractor to perform the review.

Currently, the president, Andrew Dewberry, the Business Development Director, Mark Vaughan, and the Athlete Program Director, Jennifer Taylor make up the committee. The goal of this committee will be to determine the areas of review for the Society and the final product to be developed by the third party.

Ideally, we are interested in people who have been involved in organizational reviews in similar organizations or organizations of a similar scale. Please direct your interest to Mark Vaughan, Business Development Director at mark@vaughanplanning.com. 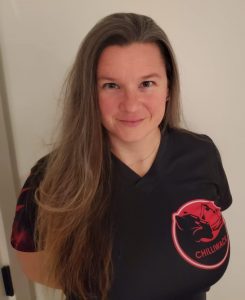 Michelle has been a part of the field hockey community for over three decades. She first picked up a stick in middle school in Chilliwack and participated on high school and high-performance teams in British Columbia before attending Acadia University. In Nova Scotia, Michelle was a founding member of the Acadia varsity team for four years and led the team as captain for two years. After a debilitating injury took her off the field as an athlete, Michelle was encouraged to pursue coaching by the Acadia and Nova Scotia field hockey programs as way of staying involved in the game.

Since 2004-2005, Michelle has coached teams at a variety of levels in the Maritimes and in British Columbia. When she began her career as a teacher in the Chilliwack school district, Michelle eagerly volunteered with the Chilliwack Pink Panthers, quickly becoming head coach, and then club president in 2006-2007. Through her leadership, the Pink Panthers have grown exponentially and elevated their skill level. This has allowed the Pink Panthers to compete at Cal Cup, host international touring teams, host FHBC club competitions and successfully advocated for inclusion in the Vancouver Women’s Field Hockey Association.

Michelle is proud to continue the development of the game in her community and is a tireless advocate for the sport in the Fraser Valley. Having recovered from her injury as a varsity athlete, Michelle cautiously returned to the field in 2013 and continually seeks to advance her knowledge of all aspects of the game, including technical officiating. In 2019, Michelle was selected to attend an FIH technical officiating seminar in Ipoh, Malaysia.

As Coaching Director of FHBC, Michelle hopes to connect coaches from around the province and emphasize the growth of the game, facilitate the transition to the NCCP coaching certification programming, support coaches and mentees in working together, and offer support and tools to promote excellence in our game. A key element in this work is celebrating coaches and recognizing them for their diverse and valuable contribution to their local and provincial communities as they showcase passion and love for field hockey.

Michelle looks forward to working with FHBC to continue building and developing nation-leading coaches, coaching resources, and recognizing coaches at all levels, from the grass roots to high performance, who play an integral role in the ongoing growth and development of our sport.

On behalf of the Field Hockey BC (FHBC) Board of Directors, I am writing to provide for an important update concerning the intent and expectation of the December 3rd, 2020 Provincial Health Office (PHO) order. The PHO order released today can be accessed at the following link:

Shortly after the PHO order was released, Field Hockey BC attended a viaSport BC meeting to gain the clarification required in order to provide for this communique to membership. In short, the Provincial Health Office and viaSport BC is requiring the Organized Sport Sector to further limit the amount of physical interactions and travel to help reduce the spread of COVID-19.

What does this mean for Field Hockey activity?
*Aligned and updated to the PHO Order Revision dated February 5th, 2021.

For further detail regarding Field Hockey’s COVID-19 response and to access the Responsible Return to Play Framework documentation, please access this information housed on the Field Hockey BC website at: https://fieldhockeybc.com/covid-19-response/. Further reference material can be found on the viaSport BC website at https://www.viasport.ca/return-sport.

It is likely that that Organized Sport Sector will experience a number of further updates around this order as we approach the New Year and Field Hockey BC will continue to provide as much clarity to our community membership as possible. Despite the restrictions imposed by this latest PHO Order, Field Hockey BC trusts that our community will remain vigilant in helping to flatten the COVID-19 curve and in doing so progressively move the collective organized sport sector towards greater freedoms for participation in 2021. 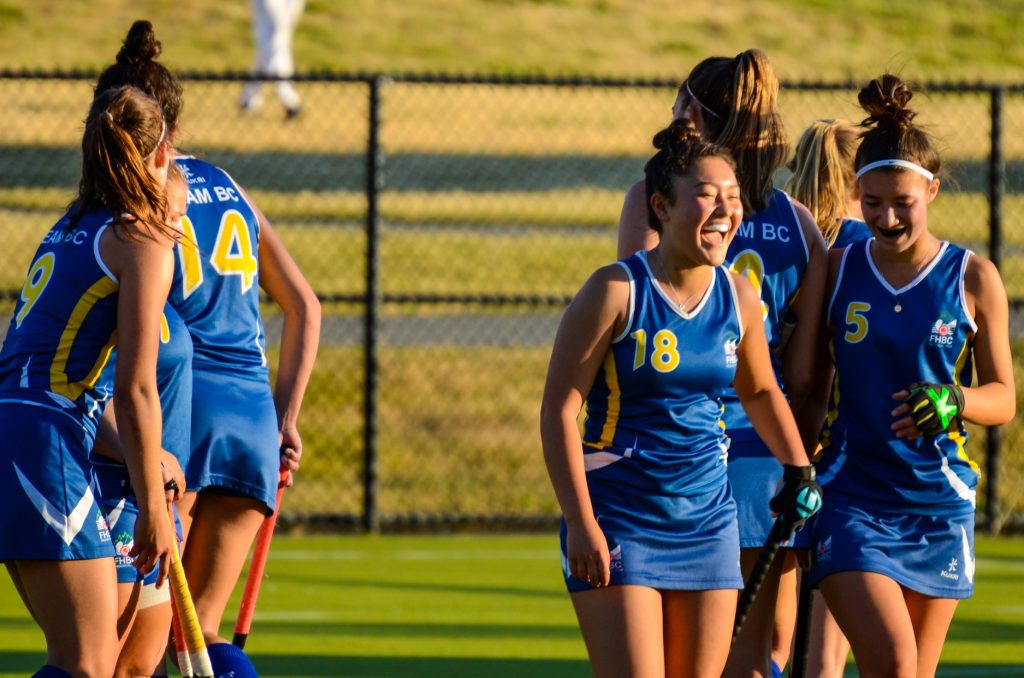 December 1st marks the start of the “Giving Season”, and FHBC has partnered with GivingTuesday to encourage your field hockey community to come together and rally for your favorite causes. Giving Tuesday is both a celebration and as well as an opportunity for people to contribute to their favorite causes either through a financial donation or by contributing time and other resources in order to shine a light on how kindness can address challenges in our community. Let’s remember our capacity of caring for one another!

We hope you might consider celebrating Giving Tuesday by supporting your sport.  As a non-profitable Provincial Sports Organization, the Field Hockey BC Society provides opportunities for British Columbians to experience the challenges and rewards of our exciting sport, and is open to donations and volunteers looking to get involved in field hockey. You can also give to the Field Hockey BC Foundation, which is the philanthropic arm of the Registered Society ‘Field Hockey BC’.