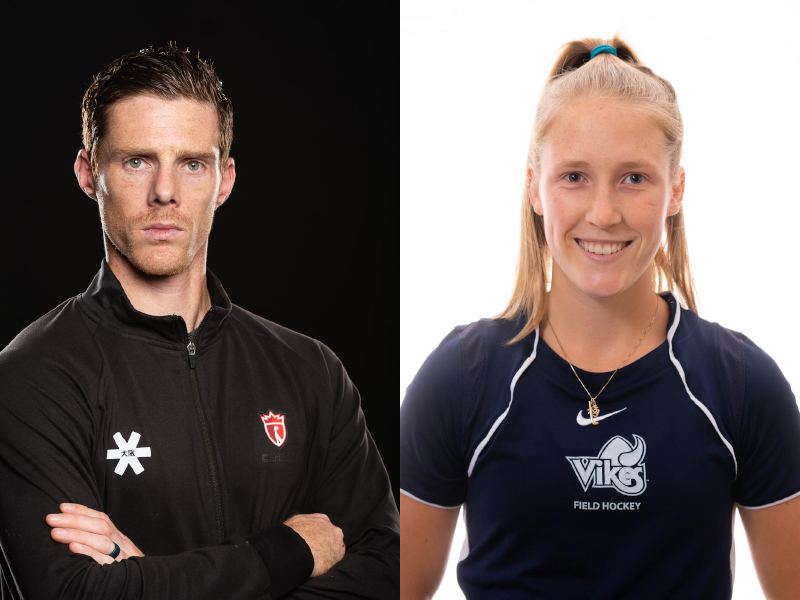 From Victoria, BC, Anna Mollenhauer is the daughter of Nancy Mollenhauer – two time field hockey Olympian for Canada – and was a constant presence in FHBC’s High Performance programs over the years. Currently, she is displaying her talent at the University of Victoria.

Last year, Mollenhauer debuted with the Senior Women’s National Team and was selected as Junior Player of the Tournament for Team Canada, in the FIH Hockey Series Finals played in Valencia, Spain. She also collected quite a few honours at Uvic, winning gold medals at both the Canada West Championship and U SPORT Nationals. Anna made the Canada West All-Star team and was named a U SPORT First-Team All-Canadian. Plus, she was the U SPORTS Championship MVP. Not bad at all!

The Vancouver-born Scott Tupper has been playing with the national team since 2005, with more than 300 games for Canada under his belt. In 2019, as captain of the Men’s National Team, Tupper showed tremendous leadership and was fundamental for Canada’s Olympic berth in Tokyo 2020. He scored the last-second goal that took the Olympic qualifier against Ireland to the penalty shootout.

The Men’s National Team also won the 2019 FIH Series Finals in Malaysia and brought home a silver medal from the Pan American Games in Lima, Peru. Scott was the flag bearer for Team Canada in the Pan Ams’ Opening Ceremony.

The upcoming 54th Annual Athlete of the Year Awards will take place on Thursday, March 12, 2020 at the Vancouver Convention Centre East. Access http://sportbc.com/athlete-of-the-year-awards-2/ for more information on the event and to purchase tickets.