U15 Girls Rams take Gold at the National Championships

The U15 Girls BC Rams had a dominant performance at the 2018 National Championships, taking the gold medal for the second consecutive year. After going undefeated through four round robin games, the Rams faced their provincial rivals, the BC Lions, in the semi-final.

Thanks to two goals within two minutes both scored by Brooke McCusker, the Rams advanced to the final with a 2-0 semi-final victory, where they took on Ontario West for a re-match of the 2017 U15 Girls final. Once again, the Rams came out on top with a 3-0 victory, with goals by Brooke McCusker, Polly Campbell and Ahria Dhillon. 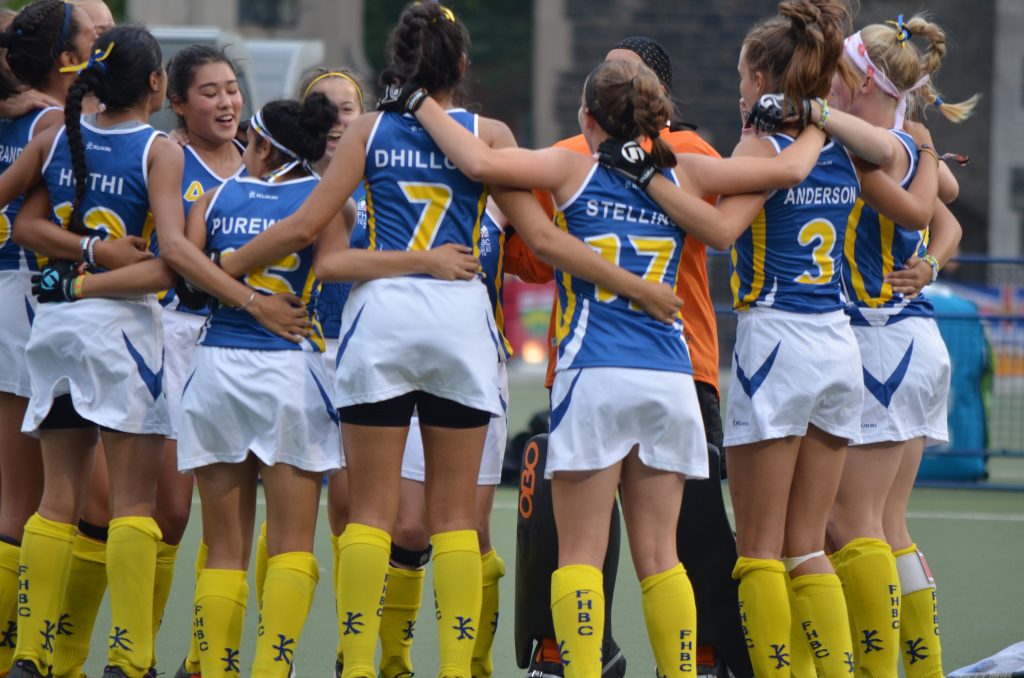 The Lions had an outstanding performance, finishing with a bronze medal. After going 2-0-1 in the round robin, they had a tough loss to the Rams in the semi-final. However, they bounced back to take a 3-1 win over Ontario Central to take home the bronze. Olivia Huebner led the Lions in scoring with three goals. 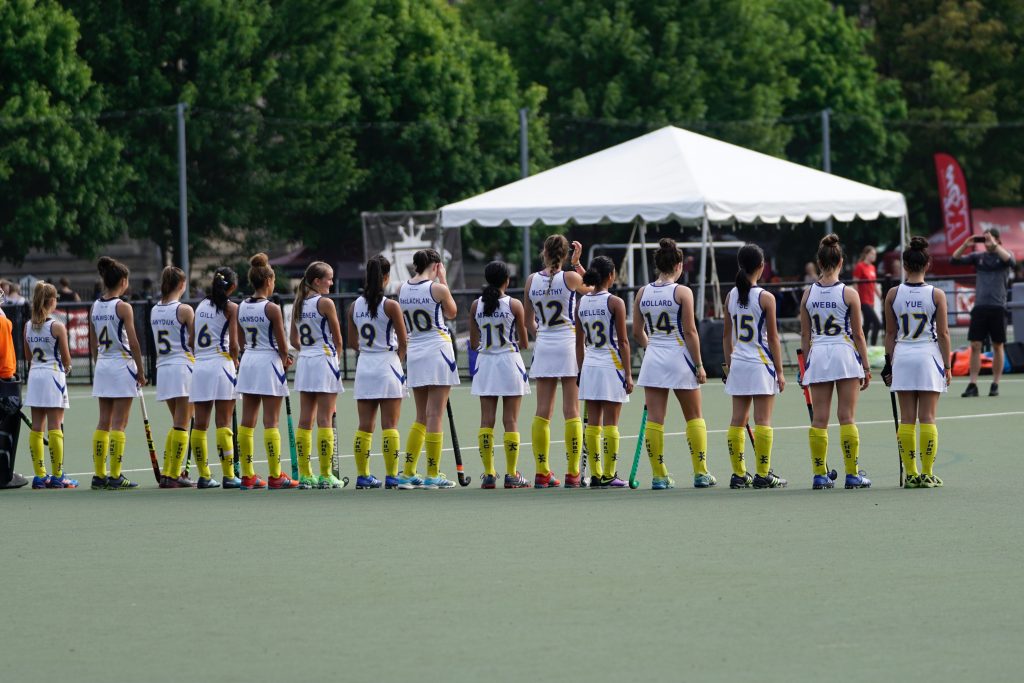 The BC Stags had a 1-2-1 record through the round robin, which put them into the consolation bracket. They finished in a tie for 6th place with Ontario East. Victoria native Julia Berk led the team with 5 goals.

The U15 Boys Rams took second place with a tough 2-1 loss to Quebec 1 in their final game. After going undefeated through the round robin, the Rams had resounding victories through the playoffs, including a 5-0 win over the BC Lions in the quarter final and a 7-0 win over Ontario in the semi-final.

However, Quebec 1 got the better of them in the gold medal game. After going up 2-0 early in the second half, the Rams cut the lead in half, but were unable to complete the comeback. The silver medallists were led by Harvir Mahli who had nine goals. Goalkeeper Armaan Bagri only allowed two goals in five games. 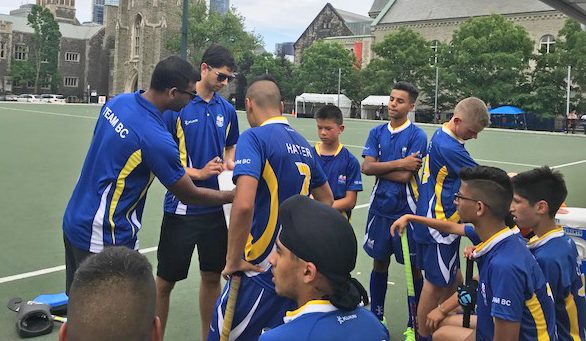 BC Boys Rams half time chat with coaches Adrien and Ali

The BC Boys Lions ended up in sixth place. After being eliminated in the quarter-finals by their provincial rivals, the Rams, they tied both of their consolation matches against Alberta and Quebec. The Lions were led by Finlay O’Callaghan who scored four goals in five games.

Posted in About, NEWS, Players, Tournaments.