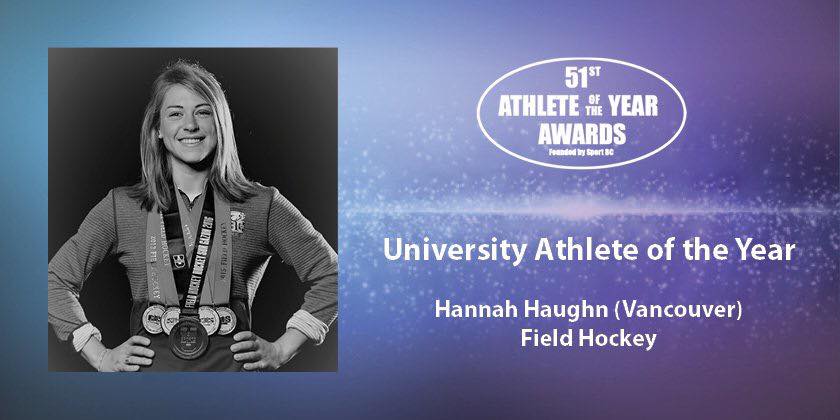 This is a phenomenal achievement for Hannah in an already illustrious career. Hannah made her debut with the Canadian Women’s National Field Hockey Team in 2011 at the age of 17. She has gone on to represent Canada over 100 times, and was the youngest player in Canadian history to reach that milestone. Hannah has played for the UBC Thunderbirds field hockey team for the last 5 years, winning the McCrae Cup and National Title each of those 5 years. Before Hannah joined the National Team and the Thunderbirds program, she rose steadily through our Regional and Provincial programs. In 2015, we were pleased to present her with the Senior Female Player of the Year Award.

Read more about the 2017 Sport BC Athlete of the Year Awards.